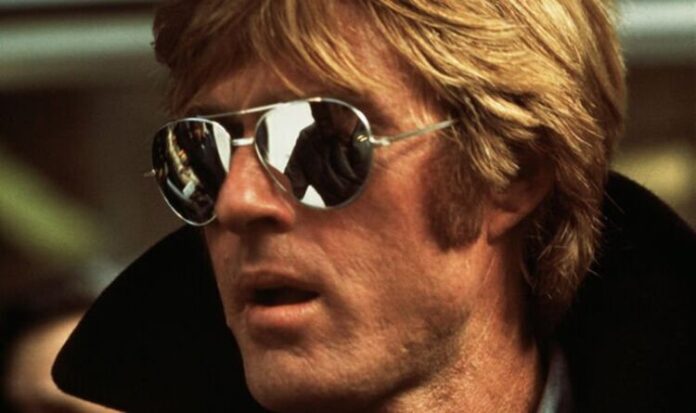 The 1972 movie Jeremiah Johnson is perhaps one of Redford’s best-known movies. The gritty revenge thriller has the titular character tracking down a group of murderous indigenous people who murdered his family. The movie was chocked full of intense moments involving Redford going toe-to-toe with his enemies, with both guns and in a melee.

But three years later, in 1975, Redford was really hurt during a visceral battle in the movie Three Days of Condor.

Redford played Joe Condor in the movie, a CIA analyst who was fighting against forces of evil. One scene showed him being attacked by an assassin undercover as a postman.

The postman was played by professional wrestler Hank Garrett, who recalled accidentally bringing his elbow down on Redford’s nose while the camera was rolling. He said: “We had this fight where there was mineral oil all over the floor. I’m supposed to do this simple sweep over my knee. He slips all over the oil and came at me headfirst. And I came around with my elbow. The next thing you know, I end up hitting him right in the nose with my elbow.”

Redford was of course shocked by what happened. But his reaction surprised even Garrett.

Redford bluntly announced: “This is probably the greatest fight scene anywhere. Oh, and by the way, you broke my nose.”

Garrett recalled thinking that his entire career was about to come to an end. He continued: “My reaction was: ‘Oh dear God, no.’ There’s blood coming out of his nose. I’m thinking it’s all over for me. I blurted out: ‘Oh God, I’m never going to work again!'”

Thankfully, Redford was cool about the entire situation.

Redford told the Daily Express: “I’ve always had self-doubt. It is one of the biggest demons of my life. I have enjoyed the advantages and the enormous opportunities by being successful in movies but I have never really enjoyed the spotlight.”

In fact, he even stayed away from watching himself act on the big screen.

He said: “It took me 31 years to actually see The Sting,” before adding: “I had films like Barefoot In The Park and Butch Cassidy And The Sundance Kid so that was starting something. But it didn’t really properly deliver until the 1970s. So what do you do at that point? Just stop and enjoy the moment? You can’t stop – or at least I can’t. I was just a freckle-faced kid who was known as ‘hay-head’. I never expected to be an actor, let alone what they call a ‘star’.”

Redford added that he lived in fear of someone bringing his journey to an end.

Redford, who has been working in the film industry since 1958, explained that he expected his success to end any day. He revealed: “Any success for me has quite honestly been a bonus. I am taking the same attitude today. I will go on until someone says: ‘Stop, we don’t want you anymore’ or until I drop dead. Whichever is the sooner.”

That hasn’t happened yet, and at 85-years-old, it doesn’t seem like it will anytime soon.