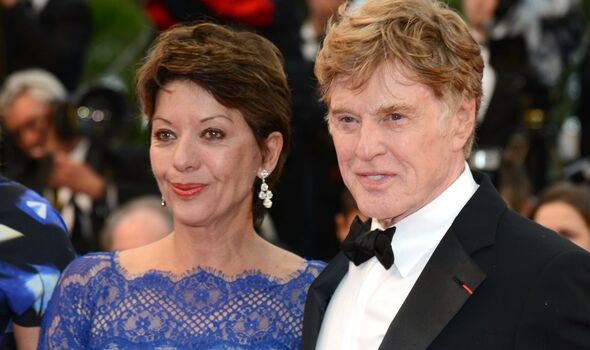 The Old Man & the Gun: Robert Redford in last ever role

Iconic film All The President’s Men airs on BBC Two this evening at 11:10pm. The film is based on the groundbreaking Watergate scandal that ultimately led to Richard Nixon’s resignation as US President in the Seventies. Two rival reporters, Carl Bernstein and Richard Woodward, joined forces to research the careless burglary of the Democratic Party Headquarters at the Watergate apartment complex. A mysterious source, code-named Deep Throat, helps the reporters make a connection between the burglars and a White House staffer.

The film follows the first seven months of the scandal that ultimately destroyed Nixon’s political career, from the time of the break-in to Nixon’s second inauguration in January 1973.

The film was nominated in multiple Oscar, Golden Globe and BAFTA categories, and proved a landmark role for Mr Redford as it also reflected his offscreen concerns for political causes.

Behind the colourful career of one of Hollywood’s most sought-after stars is a twice-married man.

READ MORE: Henry Cavill Superman ‘will be replaced by Supergirl in The Flash’

Mr Redford and his second wife met in the mid Nineties. (Image: GETTY)

They married in 1958 and had four children together — the first of which, Scott, tragically died at just two and a half months of sudden infant death syndrome — before divorcing in 1985.

Some 11 years later, he met his now-wife Sibylle Szaggars, 19 years his junior, and admitted she gave him a new lease of life.

Speaking to AARP Magazine in 2011, two years after the pair tied the knot, he said: “She’s a very special person.

“She’s younger than I am, and European, which I like, so that’s a whole new life.”

“I still have energy. When that starts to shut down, I might start to think about age.”

Born in 1957, his wife is a multimedia environmental artist whose artwork has been exhibited across the world.

Her website says: “Her artistry spans across mediums and decades, from painted oil sketches and photographs of her Moroccan travels, expressions on canvas from her American Indian Pueblo visit and her recent works of watercolour abstracts shaped by the monsoon rains of Santa Fe, New Mexico, California and abroad.

“Her desire is to create art that transcends words, languages, cultures, and politics.

“She creates art in order to speak to a deeper universal consciousness that’s connected to and dependent on the earth and its environments.”

According to The Sun, she has also collaborated with international composers to create integrated live performance art for the benefit of environmental charities.

Now well into his Eighties, Mr Redford said that, unlike some of his co-stars, his priorities changed as he grew older.

He continued: “When you get older, you learn certain life lessons.

“You apply that wisdom, and suddenly you say, ‘Hey, I’ve got a new lease on this thing. So let’s go.’”

Mr Redford announced in August 2018 that he would be hanging up his acting boots upon the completion of filming The Old Man and The Gun.

Yet, within a month, he was already having regrets.

He told People magazine: “I think it was a mistake to say that I was retiring because you never know.

“It did feel like it was time, maybe, to concentrate on another category.”

He added: “I shouldn’t have said that because it draws attention away from the film.”

Having made his Broadway debut in 1959, Mr Redford’s success has continued right up until this very day.

He told the Daily Express earlier this week: “Any success for me has quite honestly been a bonus. I am taking the same attitude today.

“I will go on until someone says: ‘Stop, we don’t want you anymore’ or until I drop dead. Whichever is the sooner.”

All The President’s Men airs on BBC Two this evening at 11:10pm.