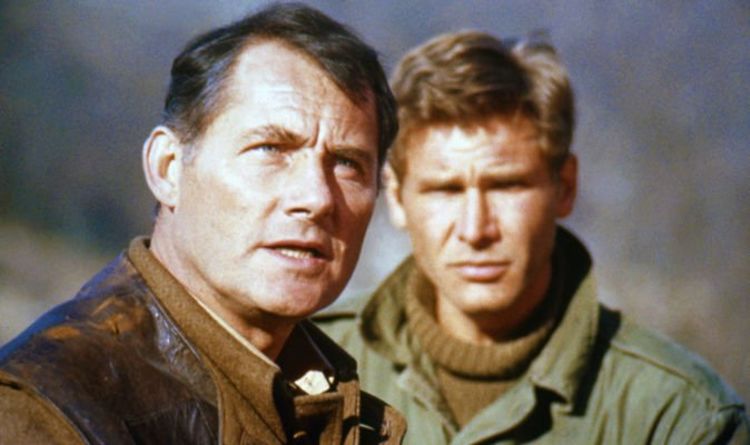 The 1978 World War II drama was a sequel to the enormously successful Guns of Navarone. The 1961 original was a huge box office smash, raking in $28million worldwide on a $6million budget. In a year that included Breakfast at Tiffany’s, El Cid and La Dolce Vita, it was the second highest grossing release in the US after West Side Story. It was also a critical smash and won the Golden Globe for Best Film – Drama. The torturous seventeen years it took to bring the sequel to the screen did not bode well – and in the end it was a tremendous commercial and critical flop.

In April 1967 the original film’s producer Carl Foreman announced he would make a sequel called After Navarone. The actors  Anthony Quinn, Gregory Peck and David Niven would return (despite some criticisms at the time they were a little old for the roles) and filming was scheduled to start in 1969. Author Alistair MacLean was asked to write a hardcover sequel novel on which a follow-up film would be based, but instead delivered an outline for a screenplay.

Years of wrangling over production, scripts and budgets meant the stars were definitely no longer viable when a sequel finally went into production with the parts of Mallory, Miller and Barnsby now played by Robert Shaw, Edward Fox and Harrison Ford.  MacLean had long ago ended up writing his novel,  Force 10 from Navarone, which was published in 1968. However, the new film used only the title. So much else was changed, the author was able to adapt part of the new film’s screenplay into his 1982 book Partisans.

Shaw was the big name, a major international movie star and enjoying a career-high following the 1975 release of Jaws. He took the role of Mallory after Charlton Heston passed on it and was also quite upfront about signing on to movies to help with his constant debts, back taxes and supporting ten children. His entire $500,000 fee for the shark blockbuster had gone direct to the IRS.

Famously bluntly spoken (which is marvellously brought back to life by his son Ian in the current West End stage smash The Shark Is Broken) Shaw did not mince his words about his latest project.

Reported in the Chicago Tribune, Shaw said during filming that “I’m seriously thinking that this might be my last film… I no longer have anything real to say. I’m appalled at some of the lines… I’m not at ease in film. I can’t remember the last film I enjoyed making.”

It wasn’t just the sharp side of his tongue that you had to worry about on set.

Famously, during filming in  what was then Yugoslavia,  he was attacked by a group of men who tried to rob him while he was on his own reading, away from the set. Not content with fighting off his attackers, the enraged actor then grabbed a machete he kept in his jeep and chased after them.

Shaw’s instincts about the film were correct and it was a commercial and critical failure, eventually grossing only $7million worldwide, a quarter of the 1961 original, against an $11million budget.

After the film was released, Ford also spoke out in an interview to give his side of the story. He explained why he had taken a supporting role when he was coming off the global sensation of Star Wars. He said of the space opera: “It wasn’t a personal success for me. It was George’s movie, his success.”

Unlike Carrie Fisher and Mark Hamill, Ford had not signed up to make all three movies if the projected series. However, he acknowledged that it had given him new opportunities:  I wanted to take advantage of the chance to work. And it (Force 10 From Navarone) was a job I did for the money.”

Ford added that he didn’t want to get typecast in science fiction roles but also admitted “Mike Barnsby was one of those macho tough guy parts that everyone thought I should be doing… And I was lost, because I didn’t know what the story was about. I didn’t have anything to act. There was no reason for my character being there. I had no part of the story that was important to tell. I had a hard time taking the stage with the bull I was supposed to be doing. I can’t do that and I won’t ever do that again.

It wasn’t a bad film. There were honest people involved making an honest effort. But it wasn’t the right thing for me to do.

The third leading actor, Edward Fox, also added to the criticisms: ”The action had been laid down but the characters were still stick figures. We had to dress them up and make the lines fit them as we went along.”

Tragically, Shaw’s comments about not making any more movies came true. Force 10 was the final feature he completed.

During the production of his next film, Cold War thriller Avalanche Express, the Irish star died driving home in Ireland on August 28, 1978. He stopped the car, collapsed when he stood outside and died by the roadside. He was only 51.