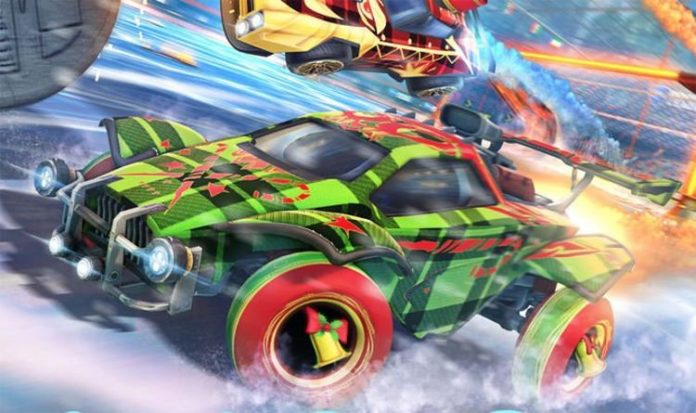 Rocket League fans are counting down to the release of the Frosty Fest Christmas event.

Much like Fortnite’s Winterfest celebration, Frosty Fest has a December 16 release date.

In the lead up to the Christmas event, Epic has confirmed that Frosty Fest has a 5pm GMT launch time, and runs until early January.

The news was announced by Epic Games, complete with a teaser about what fans can expect.

“Get ready for the most wonderful time of the year in Rocket League!

It all begins with Frost Fest challenges, which reward players with items such as the Ring-a-Ling Wheels, three new Decals, Flannel Paint Finish, and the “Abominable Throwman” Player Title.

Better yet, fans can claim the free Ski-Free Player Banner from the Item Shop for the duration of the event.

Elsewhere, Epic has announced plans to bring back Golden Gifts for the Frosty Fest event.

“The Challenge for Golden Gifts can be completed five times and the gifts will unlock items from the Zephyr, Elevation, and Vindicator Item Series,” Epic explains.

Beckwith Park is given a festive makeover for the entirety of the event, while Winter Breakaway and Spike Rush

“If you haven’t checked them out before, Winter Breakaway takes place on Throwback Stadium (Snowy) and replaces the standard ball with the hockey puck from Snow Day.

“In Spike Rush, the Spike power-up from Rumble Mode is engaged after kickoff. The ball carrier can’t boost and is demolished on impact, but can pass the ball to teammates to pull off some ice cold plays!”

Needless to say, the item shop will also be stocked up with lots of new items, so have your Credits ready.

“If you’re still looking to deck your car in even more seasonal items, be sure to check out the Item Shop, which will feature plenty of festive finds.