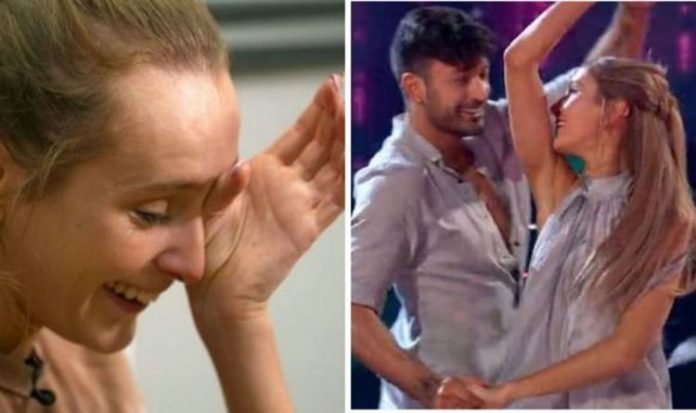 Strictly Come Dancing 2021 comes to an end this weekend, where one couple will finally be crowned winners. Ahead of the anticipated BBC final, the three couples talked to Express.co.uk and other media about their time on the show. Reflecting on the highlights and teasing a glimpse into the next show, EastEnders star Rose detailed a special dance which “changed her life”.

The EastEnders star, 27, made history by being the first-ever deaf contestant in the competition.

She proved the condition doesn’t have to stand in the way of anything though and has managed to dance her way to the final with Giovanni.

The couple talked about the routine they have chosen to perform on Saturday night, reflecting on the emotional dance.

“We’re doing our Couple’s Choice as our pick,” Giovanni explained.

READ MORE: Steph McGovern addresses ‘abuse’ in BBC role: ‘It was such a shock!’

On Saturday, all couples will dance three routines: one chosen by themselves; one by the judges and one show dance.

Rose and Giovanni danced a powerful Couple’s Choice last month which had many viewers in tears.

Performing to Symphony by Clean Bandit, there was a poignant moment where the music stopped and the room fell to silence as the pair continued to dance.

The routine had BBC viewers in tears, while the judges were also moved by the gesture.

“And for us to actually understand how important and how aware we all could be of each other generally everywhere.

“This was so special, sometimes it’s more than just scores and dancing, it was just the moment and we just had that. Thank you so much for that.”

Shirley Ballas agreed, commenting: “Well I feel first of all I should stand up out of respect for you sharing particularly the silent moment which totally I was not expecting.

“It takes you into a much deeper place, I’m sure the deaf community will be absolutely so proud of you. And for sharing your heart and for being so honest and for being so true and for people to see such a beautiful lady like you can be so successful.

“This is a number that will be etched in my heart for a long, long time. It was absolutely beautiful.”

The Strictly Come Dancing final airs on Saturday at 7pm on BBC One.