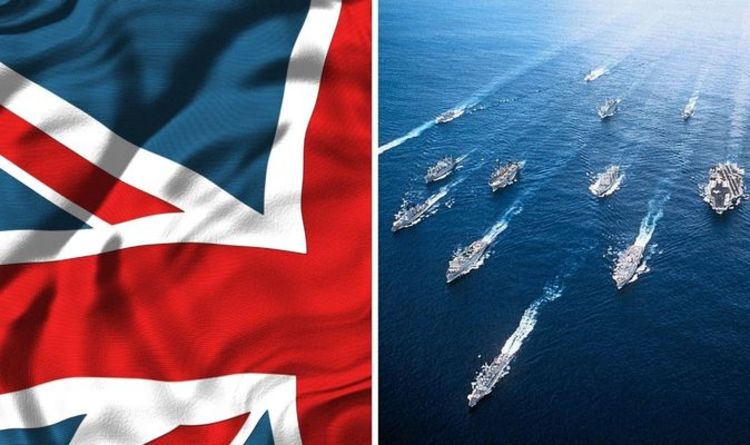 Rule Britannia! lyrics: What are the words and what is the meaning behind the song?

Rule Britannia! is a rousing tune many Brits know and love. We have all likely sung it at events, whether it is sporting matches or the end of the Proms. Now the lyrics are under fire and are being looked at again for its origins – but what are the words and their meaning?

Rule Britannia is a patriotic song which is based on a poem by James Thomson, a Scottish poet.

It was set to music by Thomas Arne and slightly adapted in 1740, meaning it has been in the country for centuries.

The song has strong links to the Royal Navy and British Army, and is always performed at the End of the Proms celebration.

The song was originally part of a masque, which is a form of entertainment in the 16th and 17th centuries, about Alfred the Great.

It was first performed to commemorate the accession of George II, at the then-Prince of Wales’ home.

READ MORE: Tenet ending explained: What did THAT ending mean?

In years gone by, the song has taken on its own meaning, and when first heard in London in 1745 gained huge popularity.

The famous composer Handel even used some of the song in his later works, due to the music becoming almost a part of the zeitgeist.

According to historian David Armitage, Rule, Britannia was the most lasting expression of the concept of Britain and the British Empire that emerged in the 1730s, which he said: “predicated on a mixture of adulterated mercantilism, nationalistic anxiety and libertarian fervour.”

For many at the time, due to the vast and varied political issues which were rising up at the time, the army and strong naval power equated liberty for the people, hence why the song took on such a new meaning for British people at the time.

The song was also played in 1945 at the ceremonial surrender of the Japanese imperial army during World War Two, where it took on even further significance.

Some lyrics have been changed and altered over time, and the final version is not entirely that of the original poem.

Here are the full lyrics for Rule Britannia!

When Britain first, at heaven’s command,

Arose from out the azure main,

This was the charter of the land,

And Guardian Angels sang this strain:

The nations not so blest as thee

Must, in their turn, to tyrants fall,

While thou shalt flourish great and free:

The dread and envy of them all.

More dreadful from each foreign stroke,

As the loud blast that tears the skies

Serves but to root thy native oak.

All their attempts to bend thee down

Will but arouse thy generous flame,

But work their woe and thy renown.

To thee belongs the rural reign;

Thy cities shall with commerce shine;

All thine shall be the subject main,

And every shore it circles, thine.

The Muses, still with freedom found,

Shall to thy happy coasts repair.

And manly hearts to guard the fair.