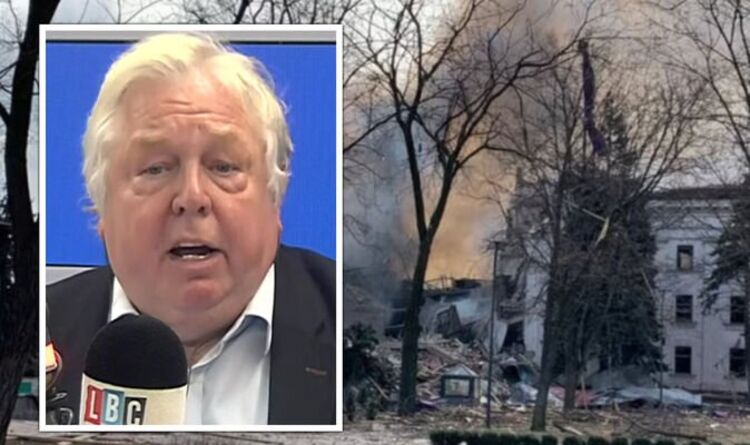 Ukraine has accused Russian forces of shelling a drama theatre in Mariupol on Wednesday where hundreds of people had reportedly sought refuge. Local officials have said residents are buried under the rubble following the bombing, but the number of casualties remains unclear. LBC radio host Nick Ferrari warned the blast could mark a “very dangerous” phase of the conflict during Thursday’s instalment of This Morning.

Speaking to hosts Alison Hammond and Phillip Schofield about the shelling, Nick stated: “This could actually mark a very dangerous phase of the war because a lot of commentators are suggesting that Putin now is effectively lashing out.

“Anyone can deduce that it’s not moved at the pace he thought, he thought by now he would have control of Ukraine and have his puppet government in position and the world would be ready to move on.

“But the world has responded with an extraordinary sense of unity and it is thought [Putin] is prepared to bomb just about anything.”

Nick added: “As we are speaking they are pulling people out [of the rubble].”

Mariupol’s city council has released a devastating image showing an entire section of the three-storey theatre had collapsed following the bombing.

On Monday, the pavement around the building was marked with large white letters spelling out the word children in Russian. The images were released by Maxar Technologies – a space technology company.

On Thursday, an official in the Mariupol mayor’s office claimed there are survivors, but further details are not yet known.

“Whether he will ever end up in The Hague on trial, I don’t know.”

The broadcaster continued: “There are now officials on the ground who are looking for evidence of war crimes and they have never moved at this pace ever before.”

Joining in with the discussion, Vanessa Feltz interjected: “Interestingly Putin has responded to this with fury, he’s outraged.

“He’s been criticised resoundingly all over the world by heads of state everywhere, the most heard people on earth have said, ‘Stop doing this.’