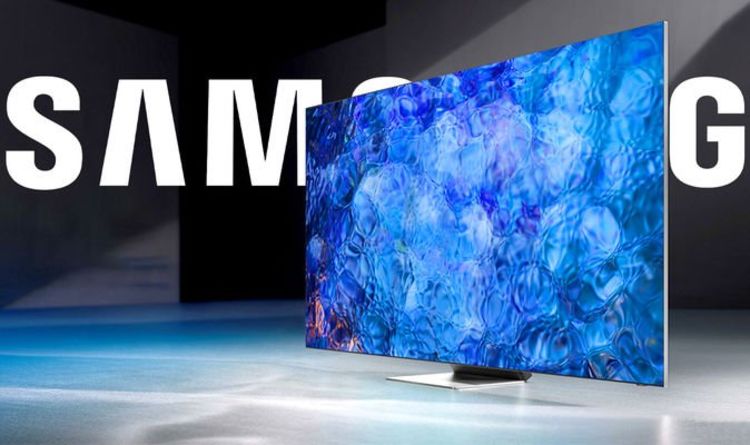 Want to upgrade to a new television? There’s never been a better time as Samsung will pay you to upgrade to a new model. Yes, really. You can claim up to £500 from Samsung on a number of TVs, starting from as low as £399 up to £17,999 for a 98-inch QLED model with support for next-generation 8K resolution. The amount of cash you’ll be sent from Samsung varies depending on the model (and the amount you decide to spend on a new telly). If you don’t want to stop there and fancy upgraded sound to accompany your new television, you’ll be pleased to know that Samsung will send you up to £300 when you buy select soundbars too.

Still not enough to tempt you? If you take advantage of both of these cashback offers at the same time, Samsung will sweeten the deal to the tune of an extra £50. And you can pocket that twice if you buy two sound systems. That means, with the ultimate television and sound system upgrade – you could end up bagging £900 in cashback from the South Korean technology company. That’s a phenomenal amount of money for buying something you were thinking of buying anyway.

To take advantage of the deal, you’ll need to buy your new telly before April 5, 2022. Samsung has a form on its website to start the cashback claim, which needs to be completed within 30-60 days of your purchase.

Thankfully, you don’t need to purchase your new telly or soundbar from Samsung directly. As long as you’re buying from a “participating retailer”, you’ll be able to claim the cash from the South Korean giant. What is a “participating retailer”? According to the small-print on Samsung’s website it excludes any purchases from auction websites (like eBay) or from third-party sellers on online retailers’ websites (anything sold via Amazon Marketplace and not directly from the brand itself) as well as non-Samsung approved resellers. If you’ve bought a new telly from any of these stores, you won’t be eligible for the cash back.

But other than that, feel free to buy from your local Argos or Currys if collection is a better option for you, or from Samsung’s own online store or via Amazon.

The promotion includes critically-acclaimed TVs like The Frame, which transforms into wall-mounted artwork when it’s not in use as a television. Devised as part of the Lifestyle range of TVs, there is optional wooden panelling around the television to further disguise the large black mirror in the corner of your living room or bedroom. You can also bag an 8K-compatible QLED display, which is the highest resolution currently available from most manufacturers. In fact, it’s so future-proofed that most streaming services – like Netflix, Disney+, and Prime Video – only support up to 4K Ultra HD resolution at the moment, with only a few tests for 8K footage.

However, Samsung’s in-built processor is capable of using Artificial Intelligence (AI) to upscale the picture on-screen, boosting the quality of existing 4K content to take advantage of all of the extra pixels squeezed into the telly.