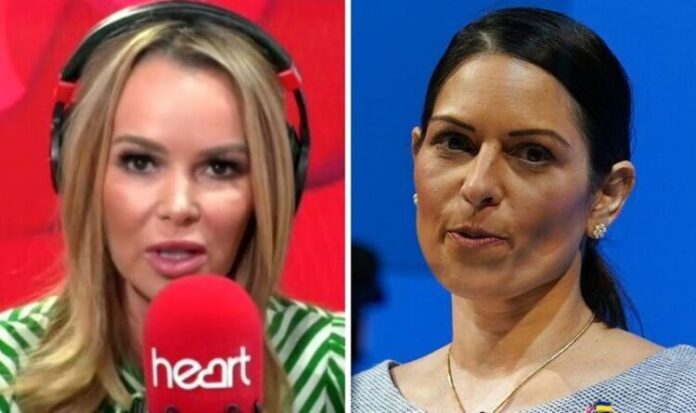 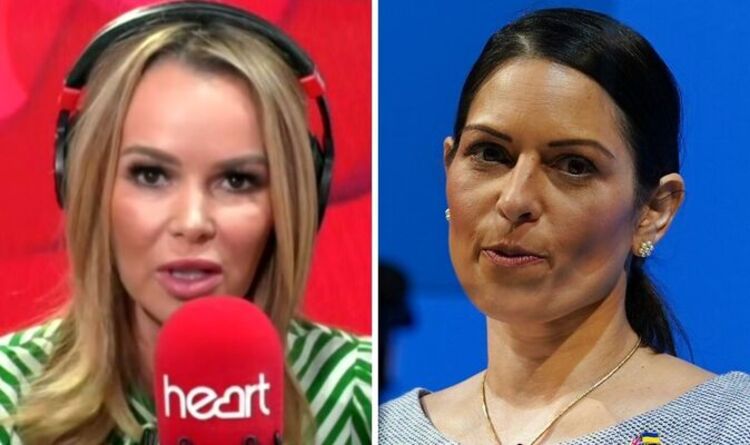 The Britain’s Got Talent judge is one of many celebrities stepping up to do what they can for Ukrainian civilians in their time of need. Amanda even flew out to Poland in a bid to help the refugees that managed to flee Ukraine. When speaking to Susanna Reid and Martin Lewis on Good Morning Britain, she went on to point out how difficult it is for refugees when they do arrive in another country.

Despite insisting she didn’t want to bring politics into the conversation, Amanda slammed Priti Patel admitting the Home Secretary has “made me really cross”.

Amanda said she vowed to help Ukraine after she received a comment on her Instagram account from a mother who was sheltering in a car park from a bomb in Kyiv.

After speaking with her producers at Heart, the 51-year-old began a podcast so the voices of Ukrainian civilians could be heard.

“I feel like talking is medicine,” Amanda said. “One of those people did describe that to me like that. So I think that it’s a great place for us to sort of learn and be educated about their plight from a completely different point of view to the news and everything else that’s going on.”

Discussing how the woman who contacted her fled Ukraine, Amanda recalled being sent footage of the woman being crammed onto a train full of people.

“It was reminiscent of a World War Two scene,” she said. “Everybody crammed on and everybody got out and she is now safely in Romania.

“The reason I went out there was because there was an American volunteer who said, ‘I should go out and see it for myself.’

“And I thought you know what, I’m talking to these people who are clearly distressed, very displaced, but will defy the entire situation from the comfort of Heart studios. And I should just go out there really and see it for myself and then that’s exactly what I did.”

Martin pointed out there is a Union Jack flag at the centre before Amanda added there’s a charity in Bristol trying to help with the refugee crisis.

Taking aim at the Home Secretary, Amanda said: “But they said you know, there are 35 pages of paperwork of which the first five questions are asking those refugees what their financial situation is, what their mortgage situation is, when they literally have a bag on their lap with all their possessions in, it is utterly ridiculous.

“So, you know, Priti Patel is winning, we’re not going to get many people coming into our country, despite the fact, 150,000 people volunteered to open up their homes.

“So I felt pretty cross about that.”

‘She doesn’t want immigrants!’ Amanda Holden hits out at Priti Patel on Ukraine