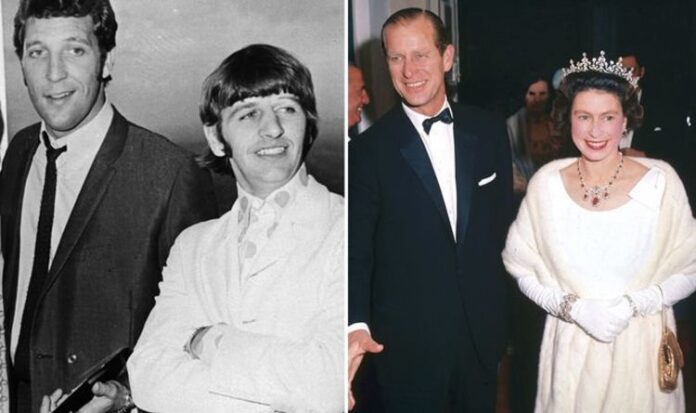 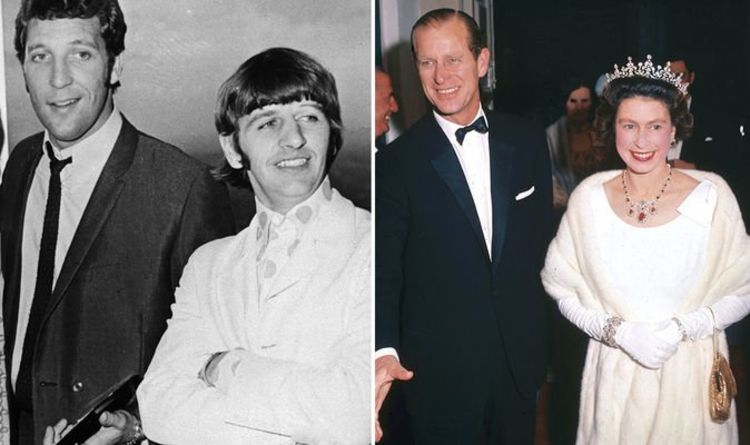 As the nation mourns the loss of Prince Philip, British celebrities have been sharing their tributes to the Duke of Edinburgh on social media. Most recently two knights of the realm in Sir Tom Jones and The Beatles drummer Sir Ringo Starr have shared photos from over 50 years ago with The Queen’s late husband. Sir Tom Jones, who Her Majesty knighted in 2006, posted a picture of himself and Prince Philip laughing at the 1969 Royal Variety Performance.

Famously, Prince Philip had asked Sir Tom Jones after his performance that night: “What do you gargle with, pebbles?”

While the next day delivering another one of his famous gaffes, he added: “It’s difficult to see how it’s possible to become immensely valuable by singing what are the most hideous songs.”

And on another occasion talking about how difficult it is to get rich in Britain, the Duke said: “What about Tom Jones? He’s made a million and he’s a bloody awful singer.”

Nevertheless, Sir Tom obviously took it all in his stride writing on Instagram: “Prince Phillip, Duke of Edinburgh: an incredible individual who always reminded us we are all human. Forever grateful, Sir Tom Jones.”

Prince Philip added: “It seems to me that these blokes [The Beatles] are helping people to enjoy themselves and that it is far better than the other.”

The Queen Mother, Princess Margaret and Lord Snowdon had seen The Beatles perform at the Royal Variety Show the year before.

Lennon had famously said to the audience: “On this next number, I want you all to join in. Would those in the cheap seats clap their hands? The rest of you can rattle your jewellery.”

Meeting the band afterwards, The Queen Mother told The Beatles how much she had enjoyed their performance and asked where their next show was.

The Fab Four told The Queen Mother, “Slough” and she replied: “Ah, that’s near us!”

Asked what she thought of The Beatles, the widow of King George VI said: “They are so fresh and vital. I simply adore them.:

The Duke of Edinburgh’s funeral will take place on Saturday, April 17th and be televised with a national silence at 3pm.