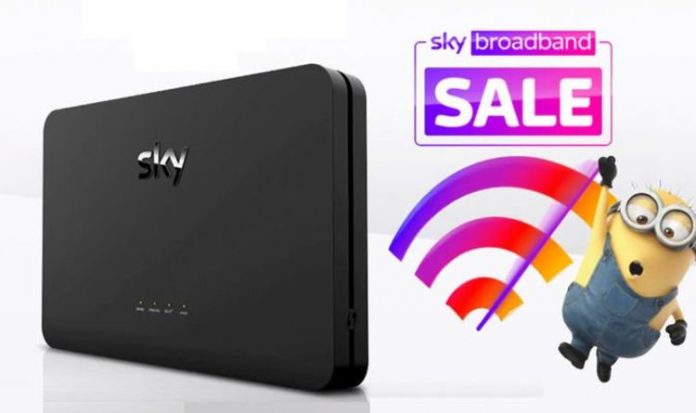 Sky is ringing in 2022 with a blockbuster new broadband deal, which drops the price of its entry-level internet speed to a record low. If you missed out on Sky’s Black Friday savings, you’ll be pleased to see that its headline deal has returned – with the superfast broadband package, which offers average download speeds of 59Mbps, dropping from £28 a month down to £25.

Over the course of the contract’s 18 month length, you’ll save a grand total of £54, which is enough to pay for nine months of a Netflix subscription. This will unlock access to unmissable boxsets and movies to watch with your new Sky broadband connection.

The last time this price was available was during the Sky Black Friday sales in November, and the deal is only sticking around for a limited time only – with the offer running until January 27.

Sky is also offering other bargains in its January sales, with one Sky Q bundle available at an irresistible price. Right now, you can get access to the award-winning Sky Q box, over 200 free to air channels plus a Sky superfast broadband connection for just £31 a month.

You’ll also be able to access a whole suit of apps via your Sky Q box such as Netflix and Prime Video, and if you pay £11 extra a month for the Sky TV add-on you’ll get access to over 500 box sets and 10,000 hours of on-demand content.

Sky broadband plunges back to record low Black Friday price, how much can YOU save?

Sky Glass is finally available for you to buy, and it...

Is it you in this video? If you’re sent this message...