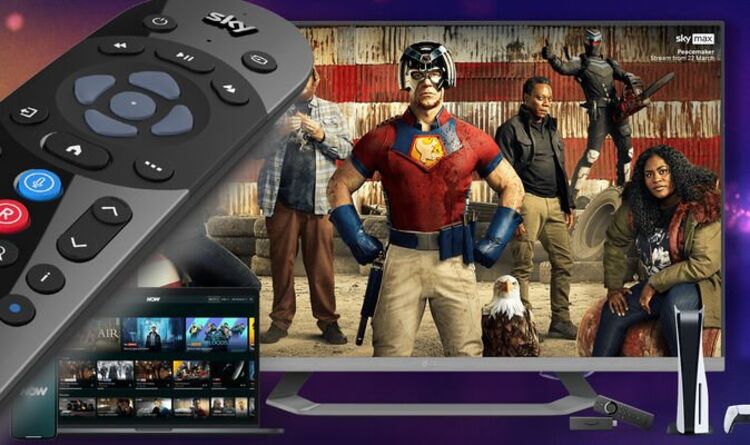 Sky will hike prices next week, with some customers facing an extra £3.60 a month on-top of their current bills. Sky isn’t exactly cheap to start with but, starting from April 1, a number of its most popular services are about to get even more expensive. For example, the cost of Sky’s Signature TV bundle will increase from £26 to £27, Sky Cinema jumps £1 to £12, while those who have added BT Sport to their telly bundle will see prices rise by £1 to £28 a month. And if you want to watch anything in High Definition, you’ll also face an extra £1 a month charge.

If that increase has got you thinking about ditching Sky – you’re not alone. But right now, there’s an easy way to access the best channels from the satellite telly firm at a much cheaper price, and it’s all thanks to Sky’s NOW service, formerly known as NOW TV.

NOW has a bunch of big money-saving deals available, which include Entertainment, Cinema and Sports. And with the price rise looming, the timing of these deals couldn’t be better.

The best of the bunch has to be the Sports Month Membership, which has been slashed to just £20 – that’s a whopping £13.99 saving each month. This bargain price last for nine months and even includes a one-month subscription to NOW’s Boost option, which allows customers to stream live channels and on-demand boxsets to more devices at the same time and watch in full High Definition (1080p) resolution.

READ MORE: Your Sky TV box gets the big upgrade TODAY that you were promised two years ago

This Sports Month Membership saving is only available until March 27 so you’ll need to act fast to take advantage.

If you want to add more shows, boxsets and movies to binge, then NOW is also offering its Cinema and Entertainment bundle at a reduced rate. This discount means you can tune in for just £11.98 per month – that’s a 40 percent saving. This offer lasts for three months and also includes seven days of NOW’s Boost add-on.

To watch the same channels you enjoy on Sky Q via NOW, you’ll need a streaming device like an Amazon Fire TV Stick or Apple TV. Some Smart TVs already have the NOW app built-in, so you’ll be able to watch directly using your telly remote control.

NOW is also available on consoles such as the Xbox and PlayStation plus you can watch on smartphones or your tablet.

CHECK OUT ALL OF NOW’S LATEST DEALS HERE

Of course, the only downside of NOW is that there’s no way to record any of your favourite shows, movies or sporting action with that feature reserved exclusively for Sky’s Q service.

If you really want Sky then there is a pretty enticing offer available right now which includes this set-top box and broadband for just £30 – that’s Sky’s lowest ever price. This deal includes over 250 Freeview channels and access to the internet at speeds of around 36Mbps.