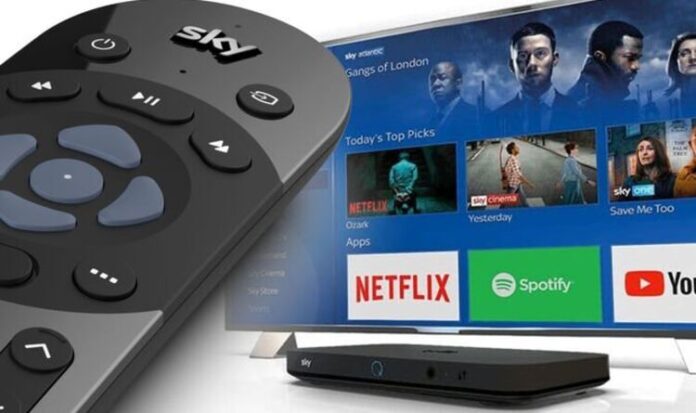 Anyone who has been thinking about joining Sky might want to make up their minds pretty quickly. The satellite TV firm is currently offering Sky Q and full access to home broadband at its “best ever” price and it’s a bit of a bargain. The deal, called Sky Q Lite, includes full access to its award-winning set-top box and there are 36Mbps internet speeds all for just £30 per month.

It’s a very tempting discount but the countdown clock to this deal ending has now begun and there’s really not long left to take advantage. In fact, customers have until Thursday to hit the order button before things go back to the standard price.

Considering broadband from Sky alone usually costs around £25 per month this is a pretty good deal especially as you get that feature-packed Sky Q box and the discount lasts for a whole 18 months.

If you weren’t already aware, Sky Q comes packed with features including the ability to record numerous shows at once, pause live telly and being able to view content in stunning 4K quality.

It is worth noting that the broadband that Sky includes with this Lite bundle is quite basic with it only offering speeds of around 36Mbps but that should be fine for the odd Netflix binge and checking your daily emails.

The only other thing to note about this bundle is that it doesn’t include any premium Sky channels. All you get is the standard content offered by Freeview such as BBC, ITV and Channel 4.

You will find over 200 channels to watch but if you fancy Sky’s more premium services such as Sky Max, MTV or Sky Atlantic you’re going to have to pay more. In fact, start adding Sky TV with 150 extra channels and boxsets to watch and you’ll face an extra £9 per month.

Things will obviously get even more expensive if you want Sky Sports (currently £20) or Sky Cinema (currently £11 per month). Watching in HD is an extra £6 and if you fancy seeing things in full 4K then expect another £10 to be taken from your bank account. Check out our guide to the best Sky TV Deals to get the best price on these channels.

If you’re not bothered about all those Sky channels then you probably won’t find a cheaper way to access Sky Q and broadband. Don’t forget… this deal ends on Thursday.

Millions of Sky Q viewers to see prices rises, but there...