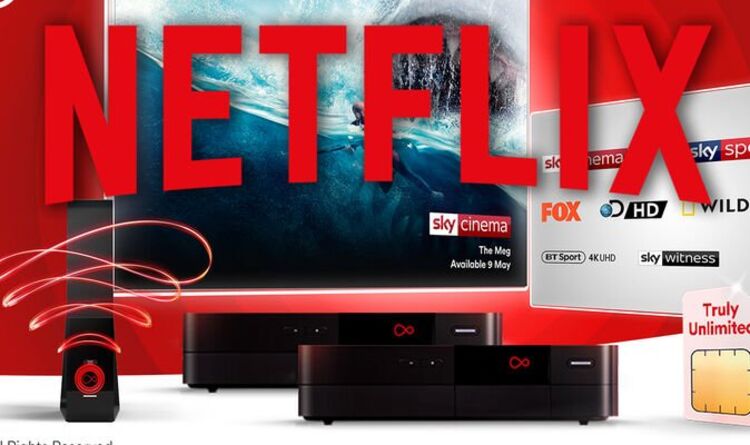 This binge-worthy upgrade includes a Netflix Standard Plan, which usually costs £10.99 a month and allows subscribers to watch content on two devices simultaneously in full High Definition. Anyone wanting pin-sharp 4K and the option to watch on more devices at once can upgrade to the Premium Plan for an extra £5 per month – that’s not bad value considering the Premium Plan usually costs £15.99.

Virgin’s Ultimate Volt bundle usually costs £85 a month and even with Netflix added into the mix, the price stays the same. Virgin Media has even scrapped its set-up cost, usually £35, for a limited time …making things even more affordable.

As a quick reminder, the Ultimate Volt bundle also includes 1Gbps broadband, an unlimited SIM for your smartphone and access to over 200 channels. You even get full access to Sky Sports and Sky Cinema as part of the monthly price.

Along with the Ultimate Volt bundle getting this Netflix upgrade, it’s also coming to Virgin’s Biggest TV bundle. This plan costs £87 per month and includes 100Mbps, free weekend calls and over 200 channels to watch. Just like the Ultimate Volt plan, there’s also access to Sky Sports and Sky Cinema.

Virgin Media isn’t the first company to include a Netflix subscription with its television bundle. Sky offers a Netflix membership as part of its Ultimate TV bundle, but this is only a Basic subscription, which costs £5.99 a month and doesn’t offer High Definition streaming.

YOU CAN SEE ALL OF THE NEW VIRGIN MEDIA DEALS HERE

Along with this Netflix upgrade, Virgin has also just announced that BritBox is coming to the platform for the first time.

This means customers will be able to tune into shows such as Broadchurch, Downton Abbey, Vera, Only Fools and Horses and Love Island directly through their TV 360 or V6 devices.

Speaking about the update Tom Price, BritBox UK’s Commercial Director said: “We are thrilled to bring BritBox to Virgin TV customers, building on the multi-year partnership ITV and Virgin Media O2 announced last year. Launching Britbox on Virgin TV means that even more customers now have easy access to the best of British entertainment, including original dramas Magpie Murders and Murder in Provence, and just in time for Sanditon Series 2.”

Some Virgin Media customers unlock Netflix for free! Is your plan getting this upgrade?

Sky Glass ‘in high demand’ and it’s bad news if you...

Windows 10 is finally bringing back a feature it removed from...