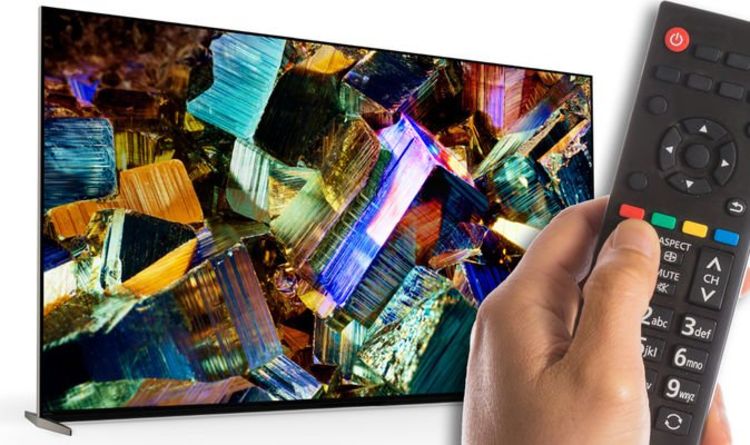 Fancy treating yourself to a shiny new TV in 2022? It might be worth checking out what Sony has to offer with the Japanese technology firm revealing its latest and greatest televisions for the year ahead which not only get impressive sound and stunning visuals but also include some fixes for the biggest TV irritations. Sony has clearly set out to fix some of the biggest gripes many consumers have with their current goggleboxes including a new remote that should never get lost down the side of the sofa again.

The latest channel changing accessory now features a “Finder” mode which belts out an alert when you can’t find it. You can even use Google-powered voice search to track it down with a simple “Find my remote” command setting off the in-built alert. Another bonus of this new remote is that it features backlit keys for nighttime viewing and a premium design made from aluminium rather than the usual plastic.

As well as improving the remote, Sony’s premium Z9K TVs now come with something called the BRAVIA CAM which is able to recognise where users are sitting and optimises the picture and sound accordingly.

That means there’s no more need to manually dig into the setting in the hope of finding the perfect visuals.

The BRAVIA CAM also lets users control things on the screen via gestures plus it can be used to make video calls without reaching for a phone or laptop.

Just like previous years, the new tellies are all powered by Google which means there’s instant access to all the most popular streaming apps and games such as Disney+ or Netflix.

Of course, this is a TV so you’ll want things to look and sound impressive when you remove it from the cardboard box and it seems Sony has that covered.

Its latest screens include a unique XR Backlight Master Drive and XR Triluminos Max technology which not only boosts the brightest of the Mini LED panel but also delivers Sony’s widest ever colour palette.

Netflix binges are also improved thanks to an Adaptive Calibrated Mode which shows content exactly how the director intended.

If audio is also important to you then the new TVs get a technology called Acoustic Surface Audio+ which precisely matches the position of the sound with the images on the screen.

Finally, there’s good news for anyone with a PS5 as Sony’s latest screens have been built to optimise things for the ultimate gaming marathons.

There’s even the ability to play titles in full 4K at 120fps making things feel silky smooth and stutter-free.

Pricing and a release date for all of Sony’s new TVs will be revealed in the coming months so watch this space.

Huawei wants to win you back, but Android isn’t the only...