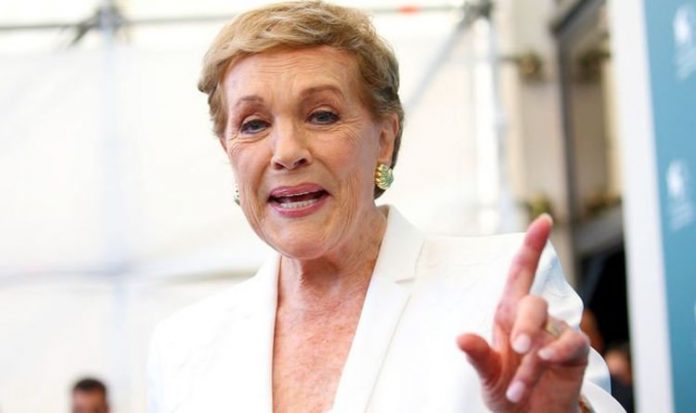 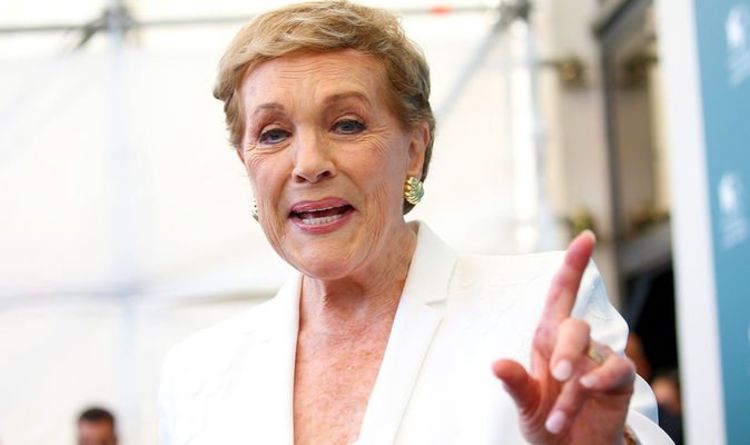 Dame Julie’s crystal-clear voice made her a worldwide star and has defined her entire career. As an adult she had a remarkable four-octave range – just listen to that rendition of Le Jazz Hot in Victor Victoria –  but even as child her talent soon drew attention. She made her stage debut at age 12 at the London Hippodrome and then performed the following year on the Royal Variety Performance in 1948 in front of King George VI and Queen Elizabeth. When the actress suddenly lost her voice after a tragic mistake, it plunged her into depression. SCROLL DOWN TO WATCH THE INCREDIBLE MOMENT JULIE ANDREWS SANG AGAIN

In 1995, Dame Julie returned to the stage for the first time in 35 years. Before Hollywood beckoned, she had made her name as Eliza Doolittle on Broadway, although the film role was given to Audrey Hepburn.

Another movie role, as the cross-dressing artist in Victor/Victoria, was revived for a gruelling world tour. After two years, the star’s voice had become hoarse and she was advised to have an operation for suspected nodules on the vocal cords. Instead of correcting the hoarseness, the operation destroyed her singing voice completely.

In 1997 the star filed a malpractice suit against the doctors at Mount Sinai Hospital who had operated on her throat and the case was settled out of court. Since then, Dame Julie has had four further operations to try and reverse the damage but they only achieved limited success in correcting her speaking voice.

However, in 2000, she hosted a gala night called Broadway’s Leading Ladies: The Love Songs at Radio City Music Hall in New York. Watch what happened below. The singing starts at 10.45 but the rest is also a pure joy.

It was bittersweet that one of musical theatre and the world’s greatest voices could not belt out a classic ballad with the rest of them, but then Dame Julie brought everyone to their feet and many to tears with a beautiful surprise. At the climax of the night, Michael Crawford performed I’ve Grown Accustomed To Her Face from My Fair Lady.

Asked the classic question of where it rains, Andrews sang out: “On the plane, on the plane.” And where’s that soggy plain?  “In Spain, in Spain.”

Two short lines, just ten words, but the audience went wild and Crawford was clearly battling his emotions along with everyone else.

Since then, Dame Julie has also sung briefly in the Princess Diaries movies and will, of course, be immortalised forever on screen.