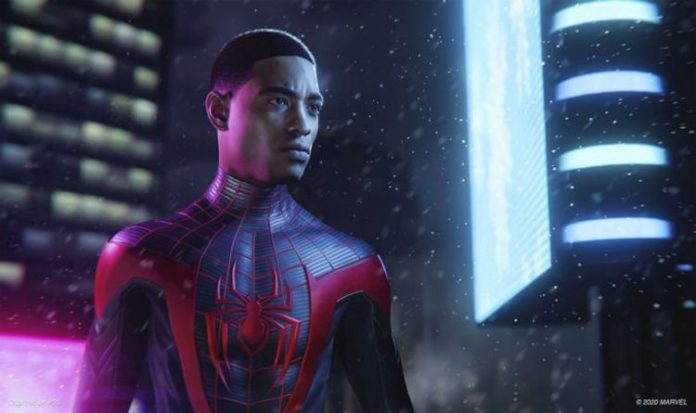 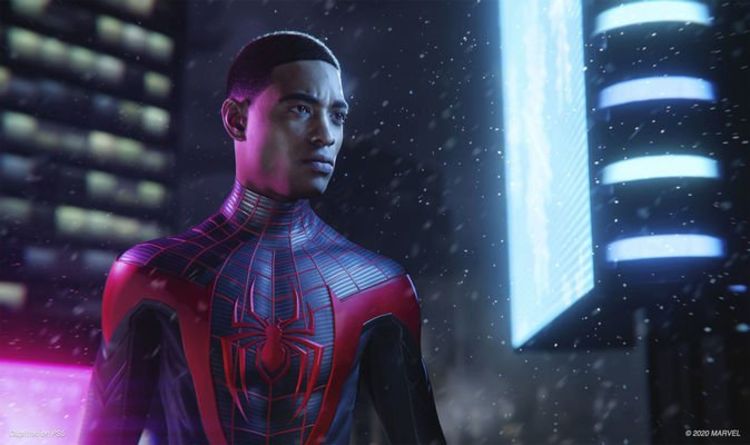 The PlayStation 5 console doesn’t have a ton of exclusive games lined up for launch, but there’s plenty of projects that fans are looking forward to. And the latest Marvel game, Spider-Man Miles Morales will be one of the top exclusive releases planned for the PS5 and PS4 in November. As many gamers will have already heard, Mile Morales focuses on the teenage superhero adjusting to his new home while following in the footsteps of his mentor, Peter Parker, as a new Spider-Man.

“But when a fierce power struggle threatens to destroy his new home, the aspiring hero realizes that with great power, there must also come great responsibility.

“A war for control of Marvel’s New York has broken out between a devious energy corporation and a high-tech criminal army. With his new home at the heart of the battle, Miles must learn the cost of becoming a hero and decide what he must sacrifice for the greater good.

“Traverse the snowy streets of his new, vibrant and bustling neighbourhood as Miles searches for a sense of belonging. When the lines blur between his personal and crime-fighting lives, he discovers who he can trust, and what it feels like to truly be home.”

WHEN DOES SPIDER-MAN MILES MORALES COME OUT?

According to Sony, the Spider-Man Miles Morales release date has been set for Thursday, November 12, 2020.

The new Marvel adventure is a top first-party exclusive, meaning it’s only going to be available to play on PS4 and PS5 consoles.

The Spider-Man Miles Morales release time has not been announced but the PlayStation Store suggests it will be available to play at 12:01am EST, on November 12.

The download time on the PlayStation Store in the UK suggests that it will be from 6pm GMT on November 11, which seems less unlikely.

Whatever happens, it will be worth checking from midnight on launch day at your own local time.

For those gamers who are playing Miles Morales first on PS4, Sony is making it easy to upgrade the game onto the PS5.

A message from Sony confirms: “Upgrades for disc copies of the PS4 version of the game are only available if you have a PlayStation 5 console with Ultra HD Blu-Ray disc drive.

“To obtain your upgrade, you will need to insert your PS4 Marvel’s Spider-Man: Miles Morales game disc into your PlayStation 5 console with Ultra HD Blu-Ray disc drive, navigate to the Game Hub and select the upgrade offer to download a digital version of the PS5 version of the game, which you can then play while your PS4 disc is in the drive.

“Additionally, if you buy a digital copy of a PS5 edition of the game, you can also download the standard PS4 version on your PlayStation 4 console, in case you’d like to play while waiting for your PS5 console to arrive.

“Marvel’s Spider-Man: Miles Morales features a save export feature from PS4, so you can export your saved game progress and then reimport on your PS5.”