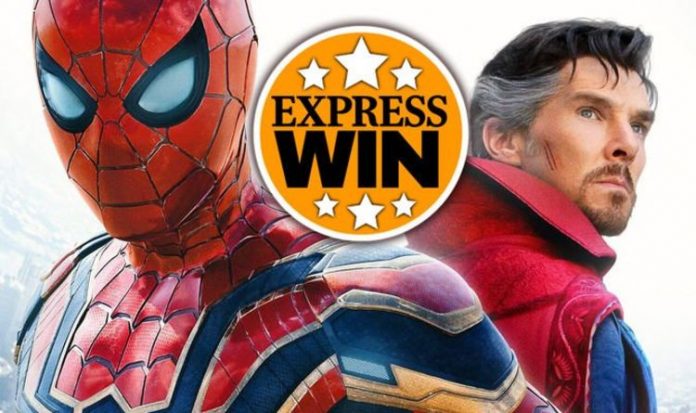 One lucky winner will be gifted two tickets to the 4D Marvel experience at Madame Tussauds, an evening meal in London, and get to stay at the luxurious Landmark Hotel. You will be able to feel the power of your favourite Marvel Superheroes in Madame Tussauds’ new thrilling 4D movie.

The cinema experience will make you feel like you’re battling alongside Marvel icons with wind-chilling, water-soaking, and face-flinching special effects.

The show will allow you to get closer than ever before to Spider-Man, Captain Marvel, Thor, Black Panther, Rocket, Ant-Man and The Wasp as they battle Loki in a bid to save the world.

And the evening will only get better at the 120-year-old Landmark Hotel, which is just a stone’s throw away from Regents Park.

You can enjoy live piano on The Garden Terrace underneath the hotel’s soaring atrium, overlooking the palm trees of The Winter Garden.

To enter our competition, all you need to do is sign up for our Marvel newsletter ‘The Watchers’, which sends all the latest cinematic sneak peeks and interviews direct to your inbox. Sign up by entering your email in the competition box below.

Spider-Man will face his nemesis Dr. Otto Octavius in the new ‘No Way Home’ blockbuster, with Alfred Molina returning to play the villain.

And Benedict Cumberbatch will reprise his role as fellow Avenger Stephen Strange.

Tom Holland, 25, has starred in the iconic role of Spider-Man for six years and is loved by Marvel fans globally.

But Holland has hinted that ‘No Way Home’ could be the end of an era for him as Spider-Man.

He said: “Maybe it is time for me to move on.

“Maybe what’s best for Spider-Man is that they do a Miles Morales film.”

In the interview with GQ he added: “I have to take Peter Parker into account as well, because he is an important part of my life.

“If I’m playing Spider-Man after I’m 30, I’ve done something wrong”.

In the Marvel comic, Miles Morales is a friend of Spider-Man who eventually gains spider-like powers himself and fights crime in his Brooklyn neighbourhood.

The 2019 release of Spider-Man made a whopping $1.1 billion worldwide, and December 17 is sure to bring flocks of crowds to the cinema too.