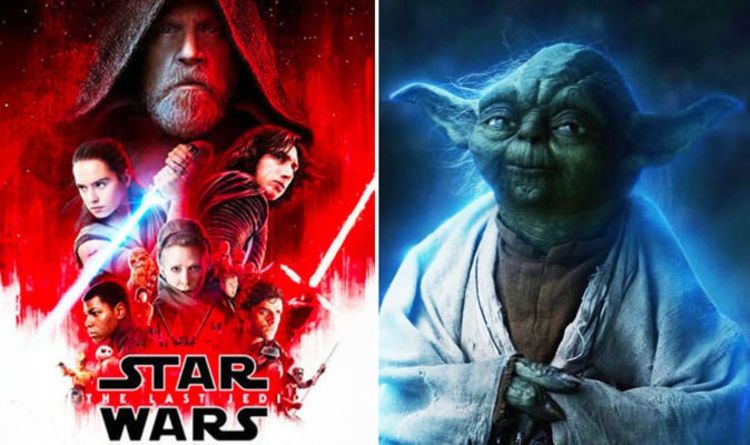 For Star Wars fans, The Last Jedi is a controversial movie. Some love Rian Johnson’s Episode VIII, while others really hate it. Whatever you think, there’s a new theory doing the rounds concerning why Yoda’s Force ghost seemed so different in The Last Jedi.

Reddit user The Ordinary Critic pointed out that Yoda seemed to be behaving strangely in The Last Jedi.

They wrote: “At first I thought it was odd, almost too goofy, but after some digging I think I know why he was portrayed this way.

“In the Prequels and Original trilogy Yoda is either concerned about the looming threat of the Sith or exiled in shame of his failure.

“The poor guy has had an unbearable weight on his shoulders for decades.”

READ MORE: The Mandalorian: How Rise of Skywalker may foreshadow Baby Yoda’s FATE

Star Wars fans will know Yoda’s species is unnamed in official canon, with only two other members of the alien type popping up in the franchise.

One is The Child, nicknamed Baby Yoda, in The Mandalorian – which is set after Return of the Jedi.

While a female Yoda called Yaddle was a member of the Jedi High Council in Episode I: The Phantom Menace.

That movie was set around 42 years before The Mandalorian and Baby Yoda is already 50 years old, since his species ages slowly.

With this in mind, it’s certainly feasible that Yoda and Yaddle are the parents of The Child.

Little is known of Yaddle, having been killed off in the unofficial expanded universe.

However, a mention in the canon Star Wars video game Jedi: Fallen Order could be a hint that she survived Order 66.

Hopefully, The Mandalorian season 2 will shed some light on the mystery of Baby Yoda’s parentage.

Avengers film order: Iron Man to Endgame – The way to...