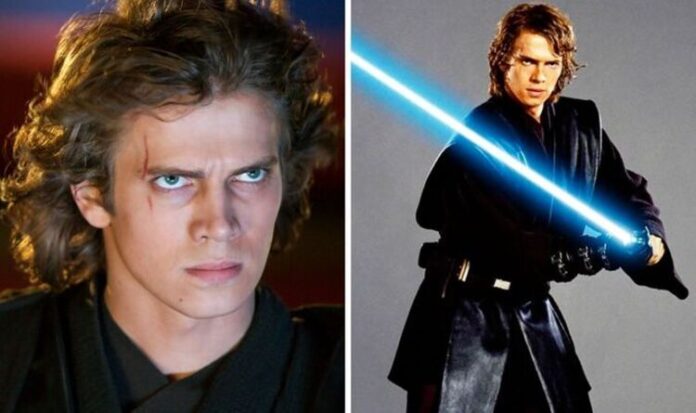 Star Wars’ main protagonist is arguably Anakin Skywalker, as the original six movies begin when he is a child, wading through the sands of Tatooine, and end with his death on the second Death Star after redeeming himself from Darth Vader. His story is epic and defines everything the galaxy far, far away is about. However, one detail is his famous scar that appears in Revenge of the Sith. Original creator George Lucas has his own answer for where it came from though, but it’s not as awesome as some fans might think.

It’s important to note that the animated spin-off, The Clone Wars, doesn’t provide the answer for where Anakin got his scar from. Despite bridging the gap between Attack of the Clones and Revenge of the Sith, he has the cut from episode one.

Many may think he got it during a duel with Count Dooku or a battle against the separatist armada. Well, according to Lucas, he could have got it in one of the most embarrassingly mundane ways possible.

Pablo Hidalgo, a creative executive at Lucasfilm, overheard a conversation between the visual effects supervisor, John Knoll, and Lucas. It concerned Lucas Licensing, a subsidiary of the main studio that handled the licensing and merchandising, including the books.

At the time, the President was Howard Roffman, and in Lucas’s opinion, it was up to him to provide the answers. He said: “That’s one of those things that happens in the novels between the movies, I just put it there. [Roffman] has to explain how it got there.”

Hilariously, in Lucas’s own headcanon, the answer was simple. He joked: “I think Anakin got it slipping in the bathtub, but of course, he’s not going to tell anybody that.”

The scar is therefore nothing more than pure aesthetic design and not an indication of any deep meaning or ultra-epic backstory. But of course, because this is Star Wars, an explanation that doesn’t involve Anakin having an absent moment in a bath was eventually provided.

For now, there is no official explanation in-universe, once again making the bathtub theory the only one with authority to be canon.

However, this could be about to change, as the Obi-Wan Kenobi series is due to release on March 25. Hayden Christensen is returning as the fallen Jedi, with flashbacks being heavily rumoured. Despite not being important whatsoever, seeing how he got his scar could be a neat little nod to this ongoing question.

Then ahead, there could be a scene where he slips in the bath, bringing this scarred saga full circle.

The Star Wars saga is available to watch on Disney Plus