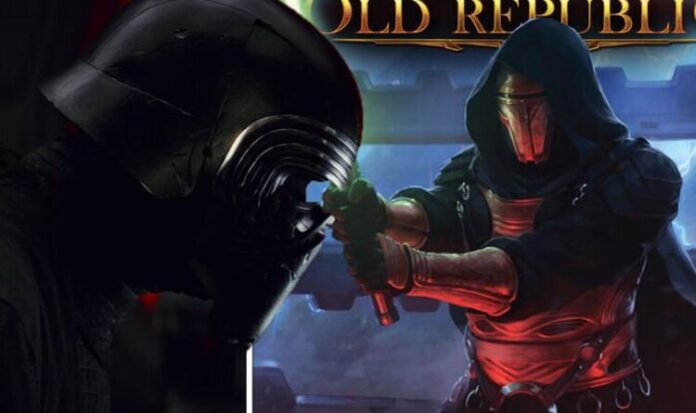 Ever since the Star Wars universe began in the 1970s the expanded lore has been one of the best-loved pieces of the franchise. And over the years the backstories of the evil Sith have been some of the most intricate stories around. A new report from a YouTuber has revealed that these Sith stories are going to be transposed into a new Disney Plus series that will span “multiple seasons”

The new information comes from noted Star Wars leaker Mike Zeroh. However, it is important to note that his information in the past has not been 100 percent correct, so his new report should be taken with a grain of salt.

With that said, Zeroh has claimed the next Star Wars project on Disney Plus is going to take place “thousands of years” before even the events of the first canonical Star Wars movie. He revealed the “multi-season” show will “focus on key characters like Darth Malgus, [Darth] Revan, [Darth] Sion and even Darth Bane – and the story of the rule of two.”

This is enormous news for fans, as these are some of the most powerful mythical evildoers in Star Wars history.

Darth Malgus is the main villain in the ongoing Old Republic storyline and wields a powerful army to do his bidding at any time.

But even more exciting is the mention of Darth Revan. The villain is most notably the main antagonist of the Knights of the Old Republic video games. What’s more, Revan is the Sith Lord who built up one of the most powerful Sith Empires before waging war against the Galactic Republic. Eventually, however, he was struck with amnesia, leaving his past a mystery to everyone, including him.

Meanwhile, Darth Sion was a haunting villain who defied death to continue taking his revenge plans out on the Jedi who wronged him.

What’s more, the mention of Darth Bane is equally as exciting as he has a profound effect on the Sith Lord culture going forward.

Zeroh said: “George Lucas is working on a major Star Wars TV series that will focus on stories on The Old Republic era that will be strictly Jedi and Sith focused. The era will take place thousands of years before Star Wars: Episode I – The Phantom Menace. It is described to hold the format of a series that goes throughout the ages featuring many of the Sith and Jedi-oriented characters. If you’re into the Jedi and the Sith, this is for you.”

The YouTuber added that this series is going to be announced “by the end of the year”.

This exciting report follows the news that Daisy Ridley is being “replaced” as Rey in a coming project.

Zeroh revealed last month that Ridley’s face and voice are not going to be used in an animated TV series continuing the story of Rey Skywalker. Instead, a Marvel star from Black Widow is going to take over. He revealed: “The big plan that was recently finalised is that Lucasfilm and Disney recently hired actress Rachel Weisz to portray an older version of Rey in the sequel series that is said to borrow many aspects of Star Wars: Legends as well.”