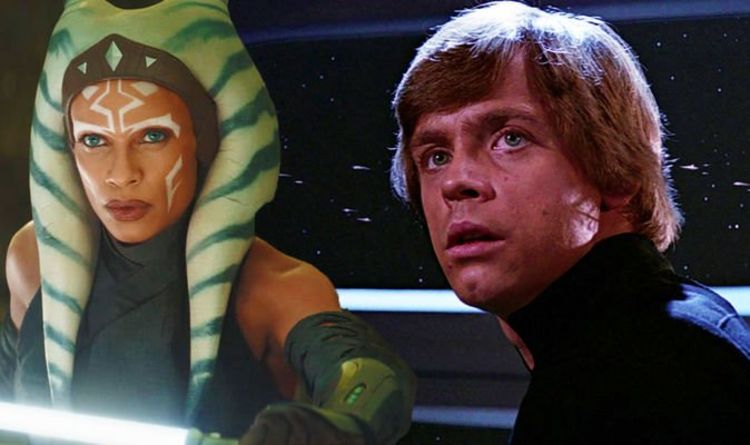 WARNING: This article contains full spoilers for The Book of Boba Fett episode 6.

This week’s episode of The Book of Boba Fett progressed Luke Skywalker’s story even further. The Jedi Master was shown training his first-ever Padawan for the first time: Grogu. On top of this, he was also seen working alongside the iconic Star Wars hero Ahsoka Tano. But in an upcoming TV show, the pair are going to be working hard to rescue a time-lost hero.

This new information comes from noted Star Wars leaker Mike Zeroh. However, it is important to note that not all of his leaks have always been 100 percent accurate, so take this with a large grain of salt.

With that said, the YouTuber has described some upcoming scenes on Disney Plus involving Luke and Ahsoka teaming up with Din Djarin and Grogu to infiltrate a villain’s base. During their ransacking of the base, Luke and Ahsoka will reportedly come into contact with two Sith Inquisitor-like warriors armed with lightsabers. Fans of the franchise will recall the Sith Inquisitors were trained by Darth Vader to snuff out and destroy any remaining Jedi across the galaxy.

Zeroh said: “This is planned to be a big lightsaber duel between Luke and Ahsoka and these Inquisitor-like figures that are actually protecting this large scale base.”

Even more interesting is who this base belongs to.

When Ahsoka made her live-action debut in The Mandalorian season 2 she had one mission: Find Grand Admiral Thrawn. The blue evildoer was the main antagonist in Star Wars: Rebels, and carried out a number of heinous acts. Well, Zeroh has revealed this upcoming base is actually the evil lair of Grand Admiral Thrawn.

But the most exciting part of Zeroh’s report is who Luke and Ahsoka are attempting to rescue.

Zeroh added that, eventually, during the battle, Ezra would “escape” and help fight against Thrawn’s army. He also noted The Mandalorian and Baby Yoda would also be involved going forward. He said: “Others, such as Din Djarin and even Grogu will be on the scene … the scene featuring Din and Thrawn is supposedly going to take place while Luke Skywalker and Ahsoka Tano are in a duel with the Inquisitor-like figures.”

Considering members of the Star Wars animated series (Ahsoka Tano, Bo-Katan, etc) have already made a debut, Ezra’s arrival is more than likely. But will he be the same person he was when he sacrificed himself? Or will he be part of a new order that could come to blows with Luke and Ahsoka?

The Mandalorian, The Book of Boba Fett, and the Star Wars saga is available on Disney Plus now.