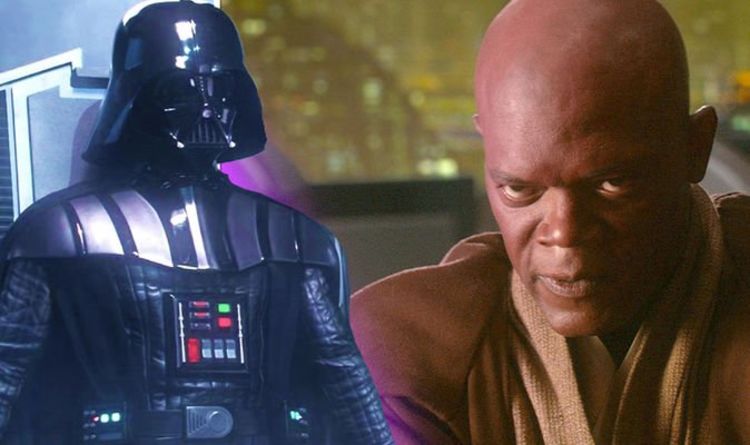 The Rise of Skywalker was released in 2019 and has since left Star Wars fans yearning to know what happened next in the universe. Disney has not yet announced any plans for the next Star Wars films, but ​is continuing to expand on the already enthralling world with Disney Plus shows The Mandalorian, The Book of Boba Fett, and upcoming ​series Kenobi and Ahsoka. But a new report suggests legendary Jedi Mace Windu is making a comeback, and he will be played by the original actor, Samuel L Jackson.

The news comes from YouTuber and noted Star Wars leaker Mike Zeroh. The internet personality’s information should be taken with a large grain of salt,​ however,​ as not all of his leaks have proven to be accurate.​ ​With that said, Zeroh revealed in a recent video that Jackson has “already signed on” to appear in a future episode of The Mandalorian as his historic character – and he isn’t alone.​ ​

He scooped: “It is described that, one scene that is planned to begin filming by late 2022 into early 2023, involves a massive scene between Luke Skywalker and the return of Mace Windu in the Star Wars franchise.​ ​It is described that [Star Wars bosses] Jon [Favreau] and Dave [Filoni] are gearing toward the return of Mace Windu to be in his elderly state as a wise Jedi Master that has been in hiding over the years.”

Zeroh did not divulge any details of how Mace Windu inexplicably survived 30 years in hiding​ -​ especially after seemingly being killed off by Emperor Palpatine during the events of the prequel film Revenge of the Sith.​ ​The YouTuber added: “The scene is said to feature both Luke Skywalker and Ahsoka Tano actually getting over to a hidden Jedi temple underneath the ground in an unknown world in the outer rim of the galaxy.​ ​The underground Jedi temple is best described to be where Mace Windu has been staying for the past number of years after the events of the original trilogy.”

He also added that Lucasfilm has been planning Mace Windu’s return for “well over two years”.​ ​But the character has some key differences to him.

Zeroh claims Mace Windu will be revealing “dark secrets about Grogu” when he returns, as well as “new truths about Order 66”.​ ​He added: “[It will include] new revelations about Grogu and why the remnants of the Empire want Grogu,​ ​as they are looking to use Grogu for something very important that involves the survival of Palpatine.”

As fans will recall, at this point in the Star Wars timeline​ – just after Return of the Jedi – Palpatine is dead. They know he will eventually be resurrected for the ninth film, where he will battle Rey and Kylo Ren / Ben Solo.​ ​But considering this is decades before the events of the Sequel Trilogy, this is certainly a surprise.

The Mandalorian season 3 has not yet been given a release date, but it is due to begin coming out this year.​ ​And, following the season finale of The Mandalorian season 2 which reintroduced Luke Skywalker to the series, fans are eager to learn if any other classic Jedi will also be making a reappearance.​ ​If Mace Windu is one of them, he could be the first in a long line of heroes.