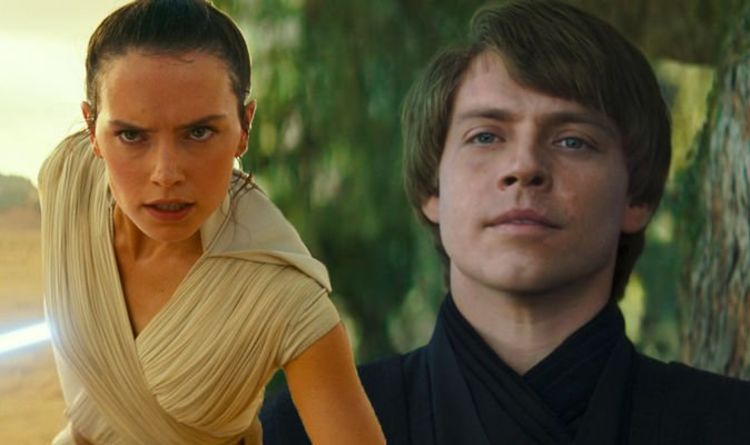 WARNING: This article contains full spoilers for The Book of Boba Fett Episode 6.

The latest episode of The Book of Boba Fett reintroduced the Star Wars legend Luke Skywalker once again. The Jedi Master was shown on a brand new planet with his trusty sidekick, R2D2, as well as Ahsoka Tano. But he didn’t have time to talk. He was training Grogu (better known as Baby Yoda) in the ways of the Force before The Mandalorian Din Djarin arrived to see the youngster. But eagle-eyed fans spotted something familiar in the episode.

As soon as Din arrived on the planet he was surrounded by Ant Droids. The creepy-crawly robots were hard at work in building a number of shelters for the Jedi Master on this new planet he was slowly but surely inhabiting.

A quick glimpse of one brick building showed off the heart of Luke’s new Jedi Temple and training grounds. Some fans noted that this looked similar to the Jedi Temple ruins that were shown in a flashback during the events of Star Wars: Episode VIII – The Last Jedi.

This temple was famously destroyed by Kylo Ren (Ben Solo) after thinking his uncle, Luke, was going to murder him in his sleep. Now, Disney has confirmed this is in fact the very same Jedi Temple fans have already seen demolished in the future.

The official Star Wars website pictured the Jedi Temple with some backstory on the hallowed grounds. It read: “We’ve glimpsed Luke’s storied temple in comic books and on film, although to be fair it was mostly rubble and flame in Star Wars: The Last Jedi. Now, we turn back the clock to see the new Jedi school at its inception, with ant droids working hard to place every stone on the first humble hut.”

But the first glimpse of this Jedi Temple actually confirms a lot of information about the future of the Star Wars franchise, and whether it will be rebooted.

Luke’s newly-built Jedi Temple shows that he intends to take in a number of new Padawans to train as the next generation of Jedi. Fans have also seen Luke failing to train Grogu spectacularly, sowing the seeds of doubt in Luke’s mind about his own teaching abilities. These key details are inevitably leading to the downfall of Luke’s Jedi Temple just before The Force Awakens, sending Ben Solo to the Dark Side of the Force.

There is some hope for fans, however. Luke’s story now includes Ahsoka Tano, who has been notedly absent from the Sequel Trilogy. With so much of her story left unknown, she could still go on to find Ezra Bridger or even Cal Kestis to help her fight the Dark Side of the Force.

The Star Wars Saga, including The Book of Boba Fett is available on Disney Plus now.