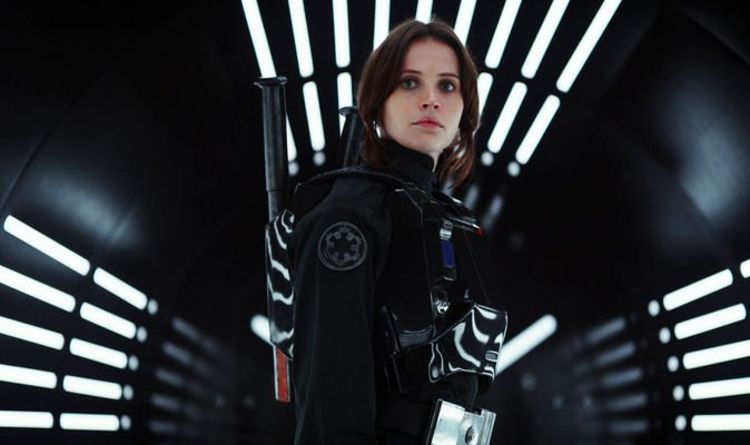 Back in 2016, Lucasfilm released their first Star Wars movie outside of the Skywalker Saga. Rogue One was set right before Episode IV: A New Hope and depicted the Rebellion’s heist of the Death Star plans. This mission was briefly mentioned in the original 1977 movie’s opening crawl and was properly dramatised in the spin-off blockbuster.

After all, Diego Luna’s Cassian Andor also perished at the end of Rogue One, but he’s back for his own prequel Disney+ show later this year.

Titled Andor, perhaps Jyn could show up in a cameo, if not her own series later on down the line.

Jones is certainly up for reprising her Star Wars characters, telling Yahoo last year: “I had a wonderful time playing her and I loved all of the physicality of the role and learning about martial arts and boxing. She’s a special kid. So without a doubt, that would be lovely.”

Rogue One is streaming on Disney+.