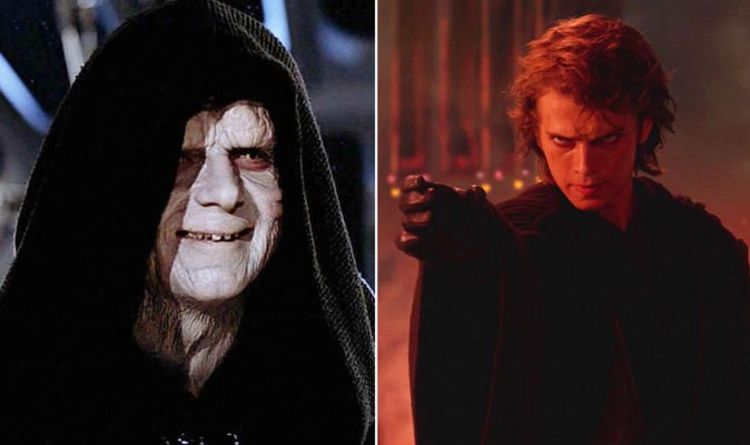 Star Wars theory: Palpatine was the Chosen One all along NOT Anakin Skywalker

As with many great mythical epics, there is often a prophesied Chosen One. The redeemed Anakin Skywalker was such in Star Wars after turning from being Darth Vader to save his son Luke. But now a popular new fan theory argues that Palpatine was the Chosen One all along.

Reddit user CuckMeWithFacts argues: “When we first start the foray into the Star Wars universe with Episode I, the universe is rife with Jedi as compared to the handful of real Dark Side users.

“This is an inherent imbalance to the Force.

“Too much Light not enough emotional Dark Side.”

But then Sheev Palpatine began his rise to power into the Emperor aka Darth Sidious.

The theorist added: “Rey is the final culmination of thousands of years Jedi vs Sith bulls*** and her transition was only possible because of the chosen one, Sheev ‘The Senate’ Palpatine.”

Meanwhile, it’s been revealed that George Lucas had intended to kill off Luke Skywalker in his version of Episode VIII.

While Disney went a different way narratively with the sequel trilogy, Rian Johnson did keep this in for The Last Jedi.

After standing up against Kylo Ren, Luke finally became one with the Force, before returning as a Force ghost in Episode IX.

And in another “What If?” moment, it turns out that Rey’s parentage wasn’t always going to be a relation to Emperor Palpatine.

A divisive narrative decision, The Last Jedi fans felt this retconned Rian Johnson’s choice for Daisy Ridley’s character to be a nobody.

But now the Star Wars actress herself has revealed how just who Rey’s parents were was in flux for quite some time.

It turns out that at one point Rey was set to be related to Obi-Wan Kenobi himself.