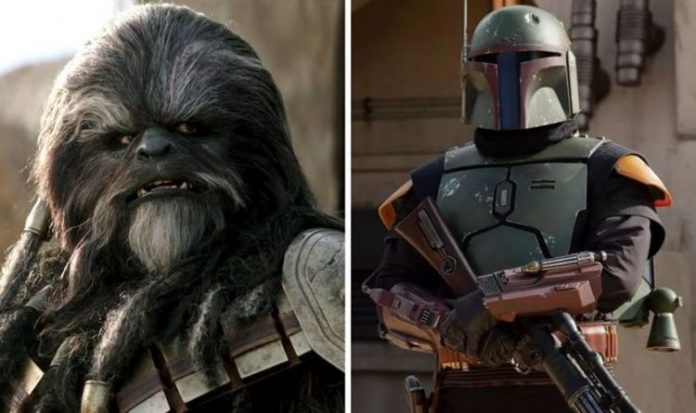 Before Disney bought Lucasfilm in 2012, there was already an extensively expanded universe across books, comics and video games. Still to this day, one of the studio’s most controversial decisions was to erase all this lore and start from the simple foundation of the six original Star Wars films (and The Clone Wars animated series). Since then, the franchise has ballooned back up with numerous books, games, and of course, TV shows. One is The Book of Boba Fett, finally giving the titular character the focus of a live-action story. However, one of the authors of the originally rejected canonical books, Steve Perry, has been criticising the series on social media, saying: “The stupid is strong here.”

Perry is a science-fiction author with an impressive back catalogue of work including books within the Conan and Aliens universes. He is best known for the novel Shadows of the Empire from the Star Wars universe, so he certainly has the authority to talk about Boba as the character featured in the story from 1996.

After the release of the third episode, Perry took to Facebook to share his thoughts, writing: “The third episode of Blabba Fett is – not to set too high a bar – better than the first two. Up to a point. At least there are bubbles rising in the bacta tank. Of course, the idea of why would we *show* when we can, you know, *tell* is still majorly evident.”

He later added: “Reminiscent of the opening exposition of a not-so-well-written well-made play, wherein the French maid and the butler come out on-stage to explain to each other in laborious detail all the background information the audience needs to know before the action starts. Well, as you recall, Fifi, young master Archibald suffered greatly from his experiences when his coach was set upon by highwaymen, and the wound incurred during his defence of Lady Prudence has since plagued him in unexpected ways.”

He added: “‘Oui, monsieur Jeeves.’ ‘Apparently, the doctor mistakenly told him the injury would make it impossible to, ah … sire children.’ ‘The result of which is that his wife, his mistress, and three of his dalliances are all, ah .. carrying buns in the oven, as it were,’ Sacre blue! Bastard!’ ‘I beg your pardon?’”

Not everything Perry said was negative, however.

Wrapping up his thoughts, Perry finished by writing: “I can hear the writer – naw, probably the director: ‘Director: You know what would be cool? The Big gladiator wookiee grabs Fett outta the tank and kicks his !’ ‘Somebody With Half a Brain: Uh, how does he get in through the locked door and past the alarms and guards and s***?’ ‘Director: Don’t worry about that. It will be so fast and furious and cool, nobody will care! Somebody With Half a Brain (who wants to keep his job): Uh .. right, sure, I can see that.’ The Stupid is strong here.”

In his latest post, he admitted that episode five was the “best yet, hands down”.  He added: “Wanna Know why? No bacta tank flashbacks. No hutts. And… No Boba Fett.”