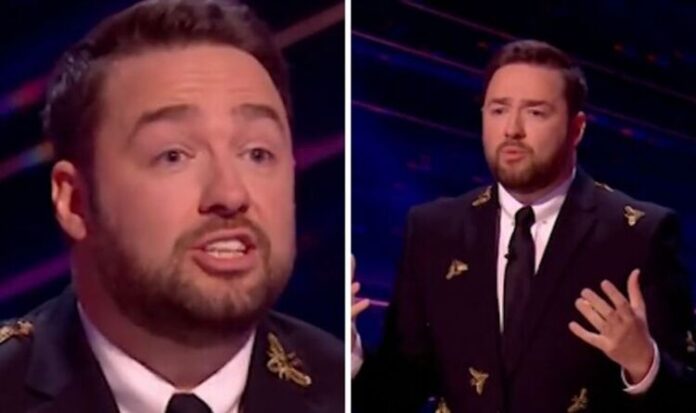 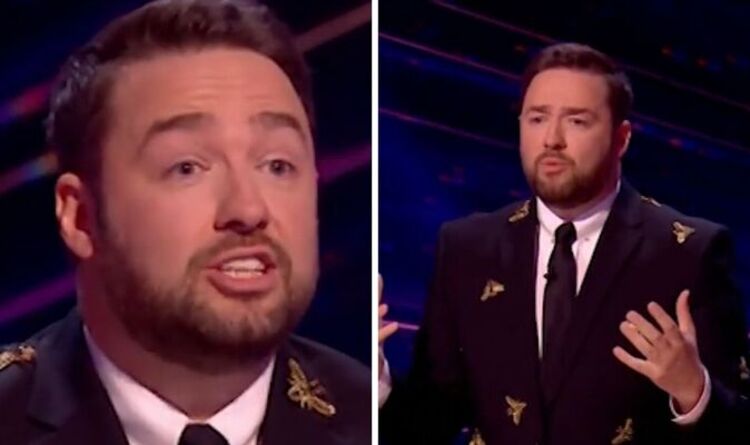 ITV‘s Starstruck one again saw four groups of contestants transform themselves into celebrities and impersonate their singing in order to be crowned best of the bunch. Tonight’s episode saw the contestants transform into Whitney Houston, Gary Barlow, Harry Styles, and Barbara Streisand. During their judging of the Harry Styles group, Jason Manford made a joke which left the rest of the panel shocked.

The Harry Styles group performed Watermelon Sugar and were then given their compliments by the judges.

He stunned host Olly Murs and his fellow judges as Sheridan Smith exclaimed: “You can’t say that!”

Jason continued: “I thought this was another hard one tonight, right just go out there and be the sexiest man on the planet.

“That is a big ask, you really came out with such confidence and swagger like Harry, you were confident, but you weren’t smug, and that must have been tempting when you are the world’s sexiest man.”

Surprised by his comments, many viewers took to Twitter to laugh and express their love for Jason’s humour and wit.

Helen Jones added: “How can you not love Jason Manford #Starstruck.”

In the sing-off, Keely, Alesha and Kiera performed The Way We Were and left Sheridan and Beverly Knight emotional as they sang their hearts out for a place in the final.

Sheridan fought back tears as she said: “I feel like a stagey proud mum, you should be so proud, you gorgeous girls.”

Adam Lambert commented: “The first performance was slightly more playful, jazzy side of Babs, but this was the amazing vocal control and all three of you picked out very subtle things with her voice. You nailed it, bravo.”

Beverly couldn’t form a sentence and added: “I am finished, it was so great, oh god, that was flawless.”

Looking amazed at their performance, Jason quipped: “Whoever wins it tonight, I think could win the whole series.”

It was then down to the audience to choose who they wanted to go through to the final and sing for a chance to win a life-changing sum of money.

As Keely was announced the winner, her daughter could be heard screaming with pride before saying: “She deserves this so much I have watched her rehearse this for ages, I love you.”

Beaming with pride, she replied: “I couldn’t have done it without you, it has taken me 40 years to get here this is just my legs are like jelly!”