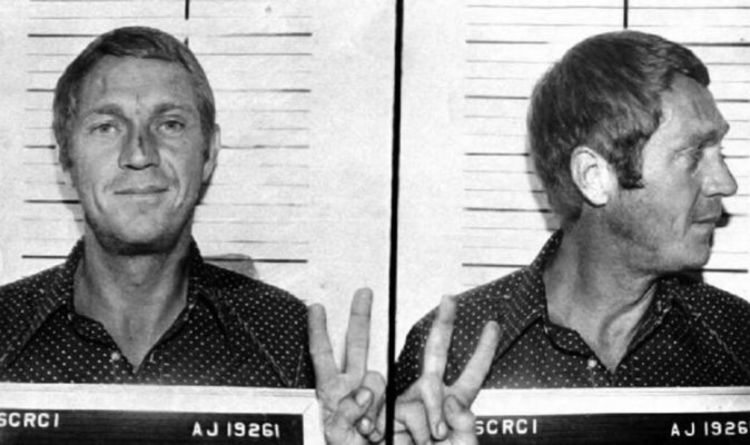 Naturally it emerged as one of the highest grossing films of the Sixties whilst it is now widely considered a classic.

Mr McQueen’s character, dubbed ‘The Cooler King’, was at the centre of the film’s motorcycle chase and jump scene, which is considered one of the best film stunts ever performed.

According to Tom Adams, who played RAF officer Dai Nimmo in the film, Mr McQueen was “mad as a hatter” on set.

As reported by Hagerty, Mr Adams said: “Steve McQueen was as mad as a hatter.

“He wrote off six or seven cars out there.”

The Great Escape brought together some of the most maverick actors of the Sixties and the stories that have emerged from the making of the film are staggering.

Meanwhile, Mr Garner and Mr Bronson were caught in a feud on set after a disagreement over a card game.

“When he pulled over, they’d say, ‘Herr McQueen, good morning, we’re delighted that once again you’ve won the special prize’ and cart him off to jail.

“Once I asked him what he did in a crash.

“He told me you should aim for the smallest trees.”

However, the Hollywood icon once admitted that he did not perform the 60-foot motorcycle jump that has become synonymous with the film.

Mr McQueen had only been riding off-road bikes for a few years at the time of the film, and passed on the responsibility of jumping a barbed wire fence on to his long-time friend and body double Bud Ekins.

The actor once explained: “I always felt guilty about that.

“A lot of people thought it was me making that jump, but I’ve never tried to hide the truth about it.

“I could handle the jump now, I’m sure.

The 1963 film presents a heavily fictionalised version of a mass escape by British Commonwealth prisoners of war from the Stalag Luft III camp during World War 2.

The prisoners’ desire to break out of the seemingly escape-proof camp was part of  an allied mission to cause major disruption at the heart of the Third Reich.

Steve McQueen was ‘mad as a hatter’ on The Great Escape set: ‘Wrote off six or seven cars’