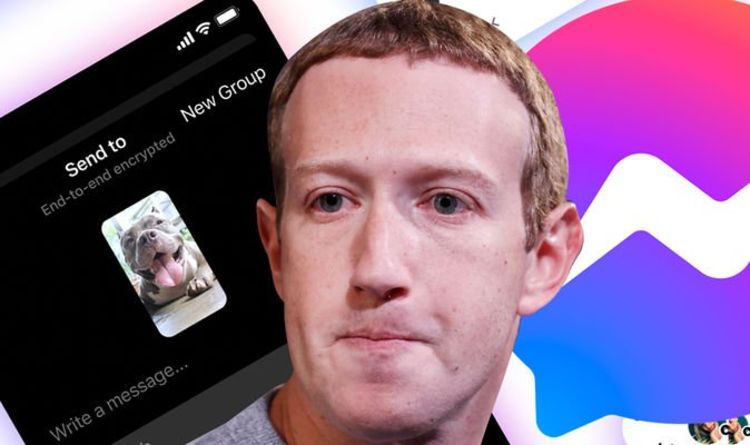 A new feature is coming to Messenger… and it could leave you with some awkward explaining to do, Mark Zuckerberg has cautioned millions. The CEO of Meta, the newly rebranded parent company of Facebook, has warned that all users will be notified when a screenshot is taken of one of their conversations within the app.

That means anyone trying to grab a sneaky photo of a message will be instantly exposed via a notification that pops up. Showing how the update works, Zuckerberg posted images of a chat he was having with his wife Priscilla Chan.

During the conversation, Chan snaps a photo of the chat with a message then appearing on the screen which states, “Priscilla took a screenshot.”

This update will only impact text messages, photos, or videos sent while using the new disappearing mode, which lets users set a time limit on how long their messages can be read.

Speaking about the change, Zuckerberg said: “New update for end-to-end encrypted Messenger chats so you get a notification if someone screenshots a disappearing message.”

This screenshot alert has begun rolling out in the United States, with it expected that users across the world will see the change in the coming weeks – Instagram is also thought to be getting a similar function.

Facebook isn’t the first firm to reveal when someone has snapped a screenshot on their phone with Snapchat having offered this feature for a number of years.

It’s thought Facebook has taken the measure in response to worries over the security and safety of its users.

“It’s encouraging to see that Facebook Messenger and Instagram will be rolling out vanish mode in the near future in a move that undoubtedly aims to protect user privacy,” said River Hart, Digital Privacy Expert at ProPrivacy. “Whilst many Facebook and Instagram users implicitly trust their contacts, there is always the risk that anything you share digitally can end up circulating elsewhere on the web – and not always with your knowledge or permission – resulting in personal or professional ramifications.

“The new updates to Facebook Messenger and Instagram will allow frank conversations about unwarranted screenshots, allowing you to quiz the culprit about what they plan to do with the image. It may also prove useful in cases of abuse, harassment, or scams.”