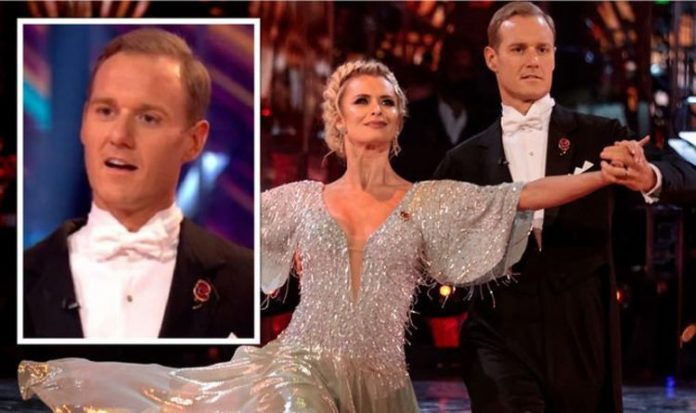 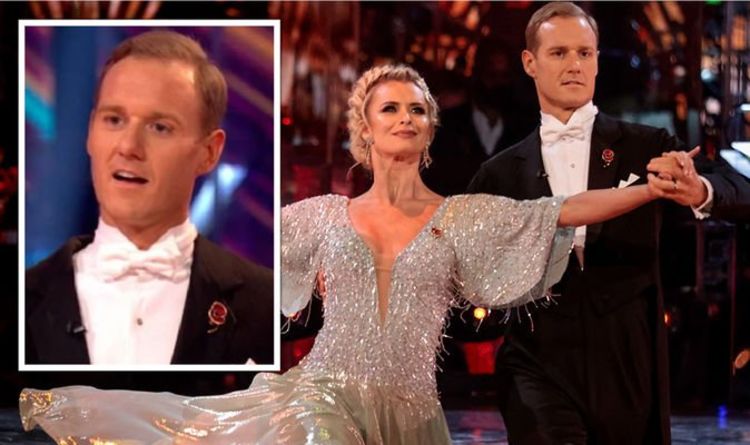 Strictly Come Dancing returns to BBC One this weekend and fans are looking forward to Musicals Week. The special instalment will see the couples dressing up as their favourite theatre characters to impress the judges. Professional dancer Gary Edwards spoke exclusively to Express.co.uk about how Dan Walker may be next to leave.

Strictly viewers had mixed opinions about BBC morning presenter Dan Walker making it through to the next round.

His American Smooth with partner Nadiya Bychkova received an unusual set of scores from the judging panel.

Claudia Winkleman was shocked at how varied the scores were, but Dan was thrilled to have impressed Anton.

Yet pro dancer and judge, Gary Edwards, said he must have been watching a different dance.

READ MORE: Dan Walker receives apology from Nadiya after she ‘kneed him in chin’

Speaking to Express.co.uk, the Dancing With The Stars expert said: “I don’t know what the three judges were watching because Craig was the closest from what I saw.

“I did not see American Smooth, I have literally got here ‘very disappointed’.

“American Smooth should be Dan’s dance style but I totally disagree with the three judges.

“The best thing I can say is he looked the part, he looked as if this was going to be his moment.

“But the top line was very stressed, which Anton said was very good – totally disagree.”

Sadly it was Sara Davies and her partner Aljaž Škorjanec who were knocked out following the dance-off against Tilly Ramsay and Nikita Kuzmin.

Gary said how he was surprised Tilly was in the bottom two, as she danced much better than Dan.

He concluded: “I’ve actually been quite pleased with Anton as a judge but I was sitting there saying ‘what on earth did he see?’

“Because it’s not what I was watching. Looking back I just don’t see Dan surviving. He’s not entertaining me anymore.”

The bookies have placed the BBC presenter as favourite to leave Musicals Week on Sunday night.

He will be dancing the Charleston to Good Morning from Singin’ In The Rain.

Following his performance last week, he paid tribute to his co-star Sara Davies, who left.

He said on Instagram: “Sad to see @saradaviescc & @aljazskorjanec go. They were a lovely partnership.

“Sara has been brilliant & I loved their Argentine tango. It’s been great to get to know her & our Friday nights and Saturday breakfasts will be sorely missed.

“She has time for everyone & is a real star who cares for all around her.”

Strictly Come Dancing returns to BBC One on Saturday at 6.35pm

Strictly’s Dan Walker ‘next to leave’ as pro spots string of errors ‘Beyond frustrated!’