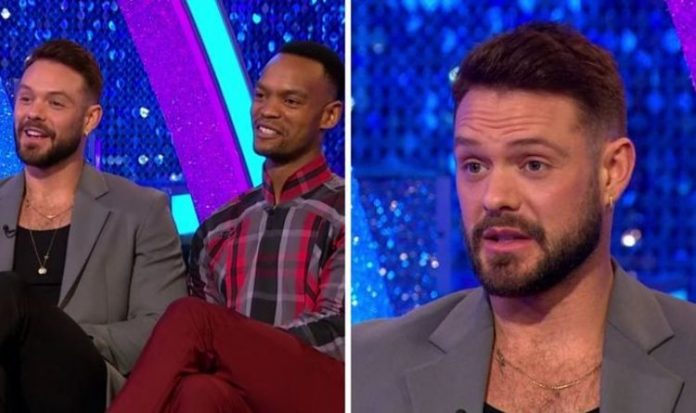 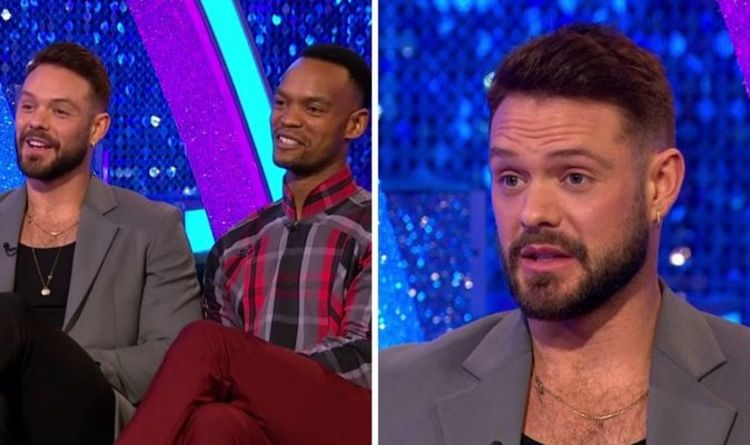 John Whaite and professional partner Johannes Radebe appeared on Monday’s instalment of It Takes Two to discuss the fiery Argentine Tango they performed on Strictly Come Dancing last Saturday. During the interview with Rylan Clark, John admitted he was too stressed about the routine to speak with the crew beforehand. The baker told Rylan he “needed to get in the zone” as he was the last person performing on the night.

During the It Takes Two episode John explained about the high-scoring Argentine Tango: “I knew we had to give it everything, not only did the dance command it, but we were also last on the dance floor.

“So backstage when [the crew] were with us, I just said, ‘Sorry guys, I’m not going to speak to you, it’s nothing personal but I just need to get in the zone. Don’t talk.'”

John looked at Johannes and said: “We just got into character didn’t we?”

Rylan said their Argentine Tango was like a “mirror image” and deserved to score an impressive 39 from the Strictly judges on Saturday night.

During the chat, John revealed how much pain he was in due to the intense training they had during the week.

“I feel, I’m in so much pain in my hips and my glutes and my legs,” John admitted, revealing the toll the routine took on his body.”

He added: “We try not to get too involved with the competition or too scared by it because, at the end of the day, we’ve done all we can do now.

“The only thing that we can control is our input and how much enjoyment we take out of our time together and the dance.

“So, we try not to get too scared about the fact that it is the quarter-finals, and it is the competition because it is.

“I think if you focus too much on the long thing, so we’re just trying to live our best lives.”

Last weekend Tilly Ramsay was the latest celebrity to be kicked out of the competition.

The contestants who have made it into the quarter-finals include Dan Walker, Rose Ayling-Ellis, AJ Odudu and Rhys Stephenson.

It Takes Two airs on weekdays on BBC Two at 6.30pm.