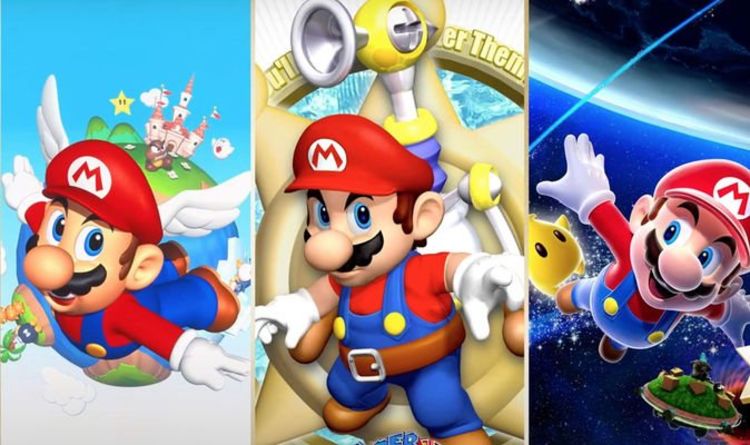 Despite being a collection of older games, Super Mario 3D All-Stars is undoubtedly one of the most hotly anticipated releases of the year.

Even better is that Super Mario 3D All-Stars Collection has a September 18 release date exclusively on Nintendo Switch.

There are, however, one or two questions Nintendo failed to answer during the Direct presentation.

Most notable of all is whether Super Mario Galaxy will have an alternative control scheme to make it playable in co-op mode, and on Switch Lite.

The original Mario Galaxy made good use of the Wii Remote and motion controls when it launched back in 2007. This includes an option for a second player to point a Wii Remote at the screen to collect Star Pieces and fire them at enemies.

Fortunately, however, Nintendo has confirmed that Super Mario Galaxy will support multiple controller inputs on Switch.

In a statement to Polygon, Nintendo said: “Super Mario Galaxy is supported in TV, Tabletop and Handheld Modes.

Furthermore, Nintendo confirmed that players can also use the Nintendo Switch Pro Controller with the All-Stars collection.

That’s according to the official Nintendo Japan website, which lists all of the controllers supported by the game. Sadly, the Gamecube controller has a cross underneath it.

As GameXplain points out, it’s likely 3D All-Stars hasn’t been optimised for the Gamecube controller, but may have some limited functionality.

Fans can pre-order the Super Mario 3D All-Stars Collection from the Nintendo eShop, where it costs £49.99.

According to Nintendo, the Super Mario 3D All-Stars Collection will only be available to purchase for a limited time.

The upcoming Super Mario release can be picked up from September 18 until March 31, 2021.

The game will still be playable after this time, but you won’t be able to purchase it from the eShop.

Spider-Man 3: Andrew Garfield ‘reluctant to return to franchise because of...