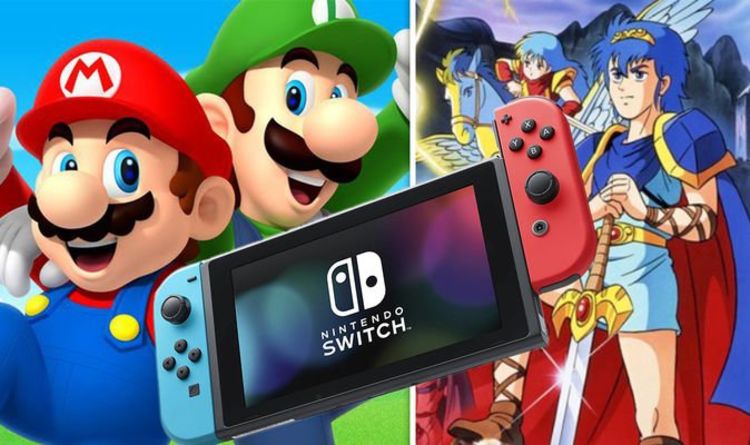 Nintendo Switch fans can pick up a selection of cheap Mario games from the Nintendo eShop.

All three games have been given a 33% discount, meaning Switch owners can pick them up for £33.29 each.

While they’re not necessarily the cheapest games in the world, first-party Nintendo games don’t get price cuts very often.

The sale ends on November 1, so you don’t have too long to take advantage of the discounts.

However, the Super Mario 35th Anniversary sale isn’t the biggest Nintendo Switch news of the day.

In a surprising announcement, Nintendo has announced plans to release a classic Fire Emblem game on the Nintendo Switch.

For the first time ever in the US and Europe, fans of the strategy series can play a localised version of Fire Emblem: Shadow Dragon and the Blade of Light.

Originally released on the NES in 1990, Fire Emblem: Shadow Dragon and the Blade of Light introduced the gaming world to Prince Marth.

The Fire Emblem re-release will contain a host of modern features, and will be released on December 4.

“Now, the original 8-bit game, Fire Emblem: Shadow Dragon & the Blade of Light, which follows the adventures of Prince Marth and launched a decades-spanning franchise, will be available outside Japan for the first time,” Nintendo explains.

“On 4th December, Fire Emblem: Shadow Dragon & the Blade of Light launches for the Nintendo Switch family of systems, available to purchase on Nintendo eShop for a limited time.”

As Nintendo points out, most people only know Marth from the Super Smash Bros series. Hopefully this re-release will give fans a new appreciation for the classic character.

Nintendo explains more: “While players across Europe were first introduced to Marth as a fighter in the Super Smash Bros. series, the story of this bold and courageous prince actually begins in Japan’s first entry in the Fire Emblem franchise, Fire Emblem: Shadow Dragon & the Blade of Light.

“The game’s new release for Nintendo Switch features its first English language localisation, bringing to life the tactical RPG classic for a new generation of players.

“This release will also include features like rewind, fast forward and save states, which allow burgeoning tacticians to approach the challenge at their own pace.

Annoyingly, much like some of Nintendo’s other recent releases, Fire Emblem: Shadow Dragon and the Blade of Light will only be available until March 31, 2021.