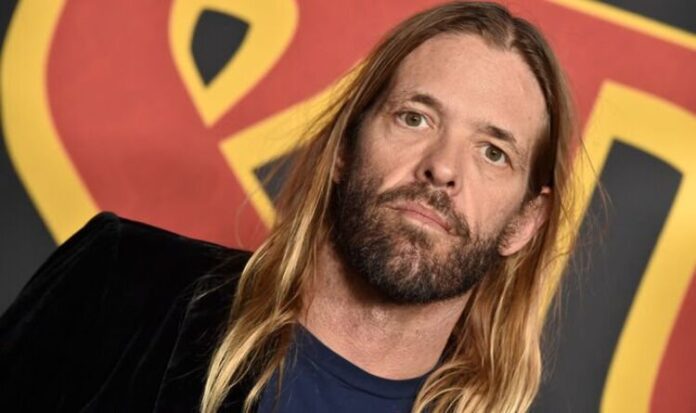 Overnight it was announced the iconic Foo Fighters drummer, Hawkins, died aged 50. The American musician’s cause of death has not yet been announced, but a report from the Daily Mail stated he was found “unresponsive” in his hotel room in Bogota, Colombia. The band were in the country at the time for a festival.

The star had previously revealed he had struggled with drug use in the past, and often thought he was going to “live fast and die young”.

The Foo Fighters released a documentary, Back and Forth, in 2011 which showed some tense moments between the band throughout the years.

Hawkins was asked in 2021 how he dealt with these tougher moments. He laughed: “I used to do a lot of f****ng drugs.”

Getting more serious, he added: “You get the work done. Foo Fighters live and breathe on stage. In the studio, the albums are very much Dave [Grohl’s] vision. A lot of the time, he does demos and you listen close to it and try and get some of your own licks in there. For the most part, we’re trying to get Dave’s vision down on tape or on a computer.”

When pressed further on his own journey into drug use, he was not shy about his journey.

Hawkins revealed that he took one instance of drug use “too far”. After that incident, he changed how he lived his life.

Hawkins explained: “Everyone has their own path and I took it too far. I was partying in London one night, and I mistakenly did something and it changed everything.”

He added: “I believed the bulls**t myth of: ‘Live hard and fast, die young.'”

But he was quick to add: “I’m not here to preach about not doing drugs, because I loved doing drugs, but I just got out of control for a while and it almost got me. I was heading down a road that was going to lead to even worse paths.”

Hawkins then expressed gratitude for being able to get over his demons.

Hawkins said: “Whether someone’s sober, or they like a glass of wine with dinner, or they want a bottle of Jägermeister before they go on stage, or they like to smoke doobies all day long, everyone has their own path, and I took it too far. I’m glad it got knocked on the head at that point. I wouldn’t take anything away that I’ve done or been through either, because it’s all part of the trip and the journey. I’m trying to be as candid as I can be.”

In a hard gear change, he added: “I go mountain biking now.”

He explained how mountain biking gives him ideas for songs and how it allowed him to problem solve and get into “deep thinking”. He added: “Sometimes I write songs in my head and then jump in my studio to put it down straight away. I like to go by myself. I like listening to old Aerosmith and Van Halen records to kind of pump me up. It’s my time and I love it. It’s a chance to clear your head out.”

The desire to be on the road as a musician came when he was just a boy, after seeing Freddie Mercury tear it up in Queen in 1982.

Hawkins saw the legendary British band at the Irvine Meadows Amphitheatre on September 11, 1982.

“After that concert, I don’t think I slept for three days,” Hawkins revealed. “It changed everything, and I was never the same because of it. It was the beginning of my obsession with rock and roll, and I knew that I wanted to be in a huge rock band after seeing Queen. I was just starting to get into the drums, and [Queen’s drummer] Roger Taylor became my hero. I remember telling my mom that I’d play there one day.” (Via Kerrang)

The band’s official account posted an image with some text which read: “The Foo Fighters family is devastated by the tragic and untimely loss of our beloved Taylor Hawkins. His musical spirit and infectious laughter will live on with all of us forever. Our hearts go out to his wife, children and family, and we ask that their privacy be treated with the utmost respect in this unimaginably difficult time.”

Hawkins joined the band in 1997 after the band’s previous drummer, William Goldsmith, was removed from the group.