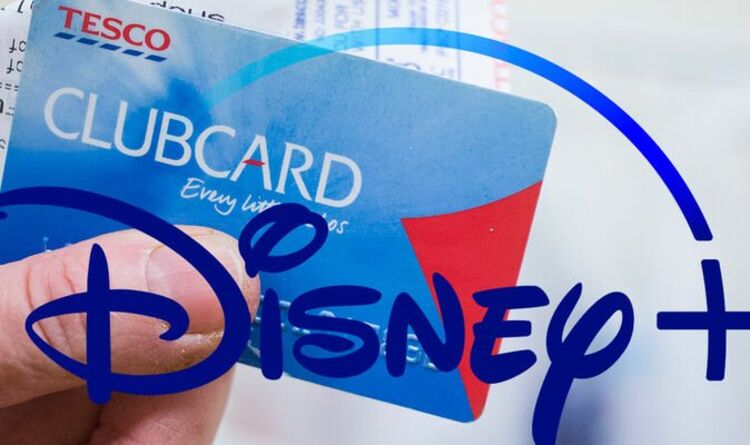 Tesco customers are being offered a very tempting TV treat. From today until April 29 Clubcard members can cash in £8 worth of points and grab a whopping six months of access to Disney+. This popular streaming service usually costs £7.99 per month (£47.94 for six months) so this is definitely a deal worth considering if you want to keep the kids entertained for the rest of the Easter holidays.

Tesco had already been running a similar deal but this only offered three months of access for £8 so now is a good time to double your dose of binge watching.

YOU CAN SEE THE CLUBCARD DEAL HERE

If you weren’t already aware, Disney+ offers full access to a swathe of movies, documentaries and exclusive boxsets.

Once signed up you’ll find films from the Star Wars franchise, Marvel movies plus content from Disney and Pixar. There’s even the new award-winning Encanto available as part of the subscription fee.

There are also shows that can only be viewed on this platform such as the latest Marvel Studios’ Moon Knight and the upcoming Original Star Wars series Obi-Wan Kenobi.

For older members of the family, there’s also access to the Star service which provides more mature content including the full series of 24, Walking Dead and Y: The Last Man.

Those subscribing to Disney+ can watch on four different devices at the same time plus there’s the option to download content for viewing when away from an internet connection.

Full parental controls can be set up and the price also includes streaming in full 4K Ultra HD with Disney not charging a premium for viewing in this improved quality.

This Clubcard deal comes as Disney+ recently announced that it will be expanding its hugely-popular streaming service to 42 new countries.

The new rollout of Disney+ will begin on May 18 with the arrival of the streaming service in South Africa. This is followed by a launch in Algeria, Bahrain, Egypt, Iraq, Jordan, Kuwait, Lebanon, Libya, Morocco, Oman, Palestine Territories, Qatar, Saudi Arabia, Tunisia, United Arab Emirates, and Yemen in June 8, 2022.

Slowest UK broadband revealed – is your street the worst in...

Amazon has completely redesigned Fire TV – is your Fire TV...