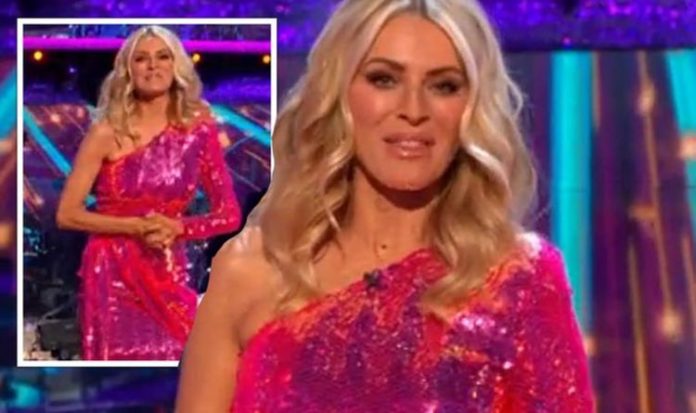 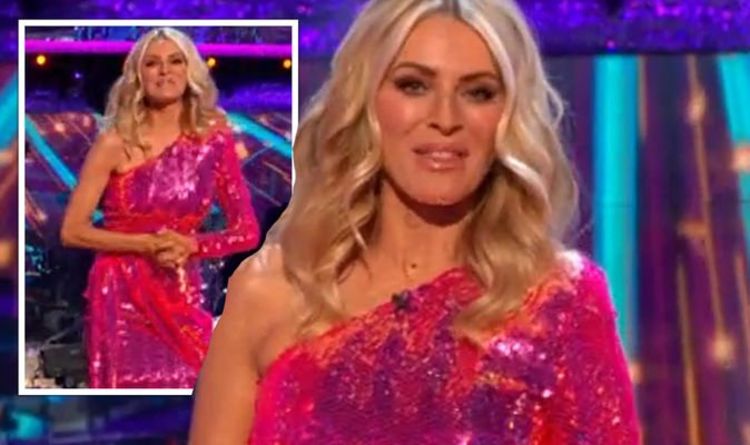 On Saturday night’s Strictly Come Dancing, the remaining celebrities took to the dance floor in a bid to impress the judges. Tess Daly and Claudia Winkleman were also back to present the BBC programme. However, as the duo introduced the judges to the audience, viewers became distracted by Tess’ bright and sparkly outfit. The host was wearing an off the shoulder, sequinned pink dress.

Michael pointed out: “Tess is going to trip on that long dangly bit & now it’s all I can think about.” (sic)

Betfair spokesperson Sam Rosbottom said: “The betting suggests Dan Walker’s time on Strictly may finally be up, as he is the 11/8 favourite to foxtrot away from the ballroom this weekend having somehow managed to avoid a dance-off on the show to date.”

“But the breakfast presenter is only slightly ahead of Tilly Ramsay at 7/4 who has been in the last two dance-offs and found herself reprieved by the judges.

“If there is strong competition in the betting to be voted off, the same cannot be said for the winner’s odds with Rose Ayling-Ellis still the overwhelming 2/9 odds-on favourite to lift the Glitterball trophy!”

Craig Revel Horwood was missing from Saturday night’s show after he contracted coronavirus.

Instead, he was replaced with award-winning singer and actress Cynthia Erivo.

Strictly Come Dancing returns on Sunday at 7.15pm on BBC One.