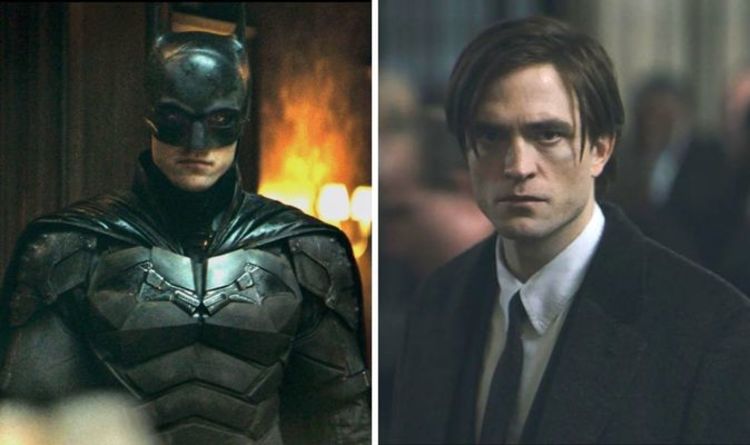 The Batman’s new star Robert Pattinson was introduced to fans in a brutal first trailer that saw the Dark Knight beat a crook within an inch of his life. The footage immediately excited viewers, as it showed a more vicious version of the iconic character than ever before on screen. His comic book counterpart has often been written in a way that would lend itself to a mature cinematic rendition, but DC has yet to transplant it over for the movies. While there was hope Matt Reeves’ new adaptation would be the one to deliver, sadly Warner Brothers just confirmed that wouldn’t be the case, leaving one fan to write: “[This is] a big let-down.”

In an announcement that shouldn’t be shocking to fans, The Batman has received a PG-13 age rating. Yet, it has still caused some to lash out at the news, as they were holding out for an R rating.

It comes after both the director’s cut of Batman v Superman: Dawn of Justice and Zack Snyder’s Justice League received the mature rating. Yet, neither film had a mainstream theatrical release, instead, they came straight to home video and streaming, respectively.

In fact, they are the only two examples of R-rated Batman, as all previous films have been given the PG-13 stamp of approval. They are Batman, Batman Returns, Batman Forever, Batman & Robin, Batman Begins, The Dark Knight, The Dark Knight Rises, and the theatrical cut of Batman v Superman.

The DCEU is at a crossroads, as Warner Brothers’ upcoming slate for the superhero universe is primarily lighter in tone. The film that will determine the future of the franchise is The Flash, a multiverse-bending time travel flick that is bringing on board various versions of the Dark Knight.
Both Michael Keaton and Ben Affleck are returning for the film, with the latter star confirming it is their last time appearing as the character. The Dawn of Justice star told The Herald Sun that The Flash “put a really nice finish on my experience with that character”.

Keaton is back as the Caped Crusader since leaving the franchise after 1992’s Batman Returns. He left over disagreements about the lighter tone the series was heading towards. Speaking to The Envelope Podcast, the 1989 Batman star opened up about his debates with Joel Schumacher, the director of Batman Forever – a film that ramped up the comedy compared to the serious first two instalments.

Keaton said: “When the director who directed the third one… I said: ‘I just can’t do it.'” Adding: “One of the reasons I couldn’t do it was… and, you know, he’s a nice enough man. He’s passed away, so I wouldn’t speak ill of him even if he were alive. After more than a couple of meetings where I kept trying to rationalise doing it and hopefully talking him into saying: ‘I think we don’t want to go in this direction, I think we should go in this direction.'”

Other upcoming DC movies include DC League of Super-Pets, Aquaman and the Lost Kingdom, Shazam! Fury of the Gods, and Batgirl. Yet, Aquaman has already been confirmed to be darker in tone, but its horror-inspired spin-off The Trench was cancelled last year.

However, there is another movie that is at the heart of the DC age rating debate – Dwayne Johnson’s Black Adam. Focusing on the magical antihero, the film will not be R-rated, but recent sources claim that Johnson fought to receive the mature stamp. According to Giant Freaking Robot, the wrestler-turned-actor was determined to have Black Adam be an adult-only movie, but Warner Brothers weren’t interested.

The site claims that a “truce” may have been reached, one which would mean Black Adam 2 will be R-rated if the first is a success. For now, fans will have to accept that Warner Brothers want the DCEU to take a lighter, more comedic tone and that The Batman was destined to be PG-13 from the start.

The Batman fans rage over latest update: ‘F*** this’