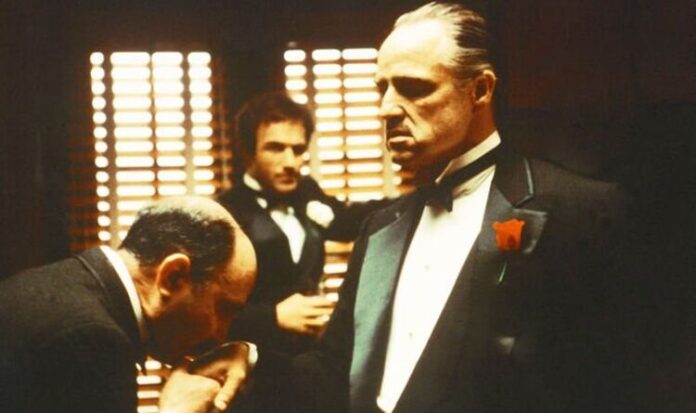 When The Godfather hit cinemas back in 1972 it was a revelation for film fans and critics alike. Francis Ford Coppola’s incredible mafia-focussed movie dealt with a lot more than blood and bullets – but the complex relationships of the men within it. Behind the scenes, a lot of serious acting was going on.

One tense scene, in particular, had James Caan put his best performance forward, but he was left hugely disappointed by the director when it came to watching the movie.

Caan played the hot-headed eldest son of the Godfather himself, Sonny Corleone. When he hit the screen alongside Vito Corleone, played by Marlon Brando, it was thrilling. But in a recent interview Caan revealed he was very proud of one scene that Coppola just didn’t deem worthy enough for the film.

The scene in question was between Sonny and Michael Corleone (played by Al Pacino).

Caan recalled: “When Michael tells [Sonny] he is going to take care of the cop and Sollozzo, I say: ‘You’ll get brains all over your nice Ivy League suit!'”

Caan then revealed that this scene had a much larger beginning to it. He said: “There was a scene before in the same room that I had with Bobby [Duvall] that was like ten pages long — and Francis cut all of it out!”

Despite this mishap, he was happy with how things went for his character.

Back in 2017, Caan’s co-star Gianni Russo claimed he got “aggressive” during the filming of The Godfather. He said at the time: “Jimmy got a little aggressive. He improvised a few things like that little billy club he threw at me when I came off the stoop. He hit me right in the head with that, and then he throws me over the railing and he’s biting my hands… when I crawl out, he literally lifted me up with his kick… none of that was supposed to happen.”

He added: “Jimmy and I are not friends at all, believe me. The guy’s nuts.”

Caan revealed: “He had a fight with someone else. Not me.”  (Via The Hollywood Reporter)

Giving more detail, he said: “I did the fight scene with stuntman Paul Baxley. He came in, and we made up the whole fight. And everything you saw in there is something that Paul and I created the day before.”

The Godfather’s 50th Anniversary DVD and Blu-ray is out now.