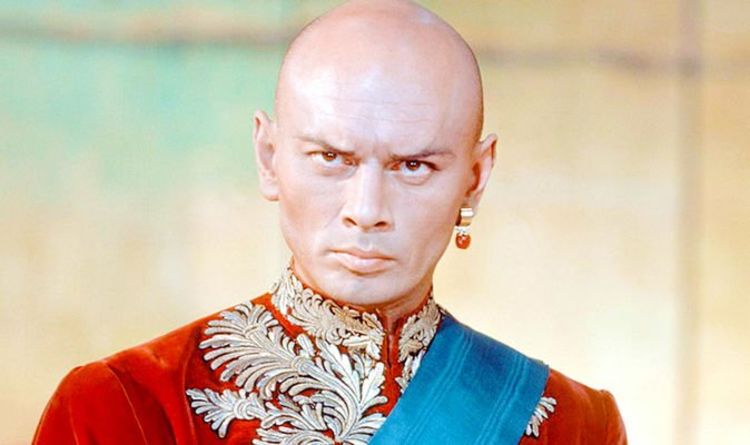 The actor had grafted hard for his success. Raised in Beijing and abandoned by his father, his mother fled with her children to Paris in 1932, where talented acrobat Yul became a trapeze artist with the Cirque d’Hiver. A horrifying fall in 1937 broke many bones in his body and left him unable to walk for eight months. He turned his attention to the stage and set sail for America in 1940.

During a decade of bit parts and odds jobs, he had an affair with handsome heartthrob Hurd Hatfield, who starred in 1945’s The Picture of Dorian Gray, as well as 1961’s El Cid opposite Charlton Heston. Married four times, he also had affairs with Marlene Dietrich, Joan Crawford, Judy Garland and artist Jean Cocteau.

Meanwhile, Brynner’s obsession with his own appearance meant that he increased his work-out regime when he learned he was playing Pharaoh Ramses II opposite Heston’s Moses in 1956’s The Ten Commandments, so as not to be overshadowed by the strapping actor.

This meant he was in phenomenal shape when he starred as King Mongkut of Siam in the film version of The King and I that same year, going on to win the Best Actor Oscar. His impressive physique was also bared for all to see when pictures surfaced of a naked shoot he had down with gay photographer George Platt Lynes. In turn, Brynner was an accomplished photographer himself, taking noted snaps of famous friend s like Frank Sinatra, Elizabeth Taylor, Anthony Quinn, Sophia Loren, Mia Farrow and Audrey Hepburn.

The King and I: Yul Brynner hated Steve McQueen and insulted Ingrid Bergman