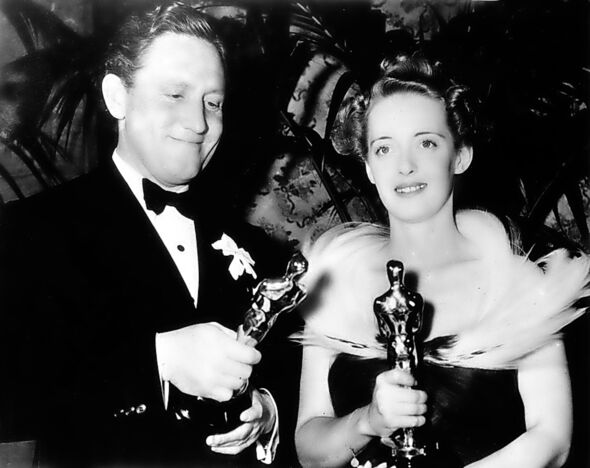 The first Oscar ceremony was in 1929 (Image: Getty)

Yet the golden statuette, perhaps as recognisable worldwide as Michelangelo’s David or the Venus de Milo, through the years has endured the indignity of being lost, stolen or strayed, sold, refused and rejected.

Jared Leto has no idea where his 2014 Oscar for Dallas Buyers Club might be.

“I had moved houses in LA and it somehow just magically kind of disappeared,” he said, hoping it is still hidden beneath junk in a packing box. Jeff Bridges can’t fathom where he put his 2010 best actor Oscar for Crazy Heart. And Matt Damon’s 1998 screenwriting Oscar for GoodWill Hunting went missing after builders came to repair his New York apartment.

“My wife and I were out of town and that was the last I saw of it,” he says.

If you manage not to lose it, an Oscar is the ultimate Hollywood fashion accessory.

Legendary movie agent Sue Mengers, who represented stars including Steve McQueen, Barbra Streisand and Michael Caine, said: “There isn’t anyone on earth – not you, not me, not the girl next door – who wouldn’t like to be a movie star holding up that gold statuette on Academy Award night.”

It’s also the ultimate home decorating touch. Yet for an award that 2003 Oscar-winning star of The Pianist, Adrien Brody, called “life-changing.”

it’s remarkable how casually the Academy Award can be treated.

Kate Winslet, Emma Thompson and Susan Sarandon keep their Oscars in their bathrooms, while Gwyneth Paltrow hides hers at the back

Helen Hunt keeps her two Oscars on a shelf above her desk. “If there was an earthquake I could actually be killed by my own Academy Award,” she says.

Like Hollywood, an Oscar is all facade: not solid gold, but gold-plate over bronze, yet they can be worth a fortune – or next to nothing at all.

Pop icon Michael Jackson paid £1.15million for the best film Oscar awarded to GoneWithTheWind. It’s been missing since his death in 2009. Vivien Leigh’s Oscar for the same movie was sold by her family in 1993 for £390,000.

Director Steven Spielberg spent £1million buying two of Bette Davis’ Oscars and one of Clark Gable’s, only to return them to the Academy of Motion Picture Arts and Sciences.

The Academy hates the idea of putting a price on an Oscar, and since 1951 has made all winners sign a contract that if they ever sell their award they must first offer it to the Academy for $1 – about 77pence.

More than 80 Oscars have been stolen or lost, with at least 11 still missing, since the first Academy Awards were handed out in 1929.

Whoopi Goldberg’s 1991 Oscar for Ghost was stolen in transit when she shipped it to Chicago for replating. The award was later found in a trash bin at a California airport, and a relieved Goldberg vowed: “Oscar will never leave my house again.”

A crate of 52 brand new Oscars being shipped to Hollywood by manufacturer R.S. Owens was stolen before two to the ceremony in 2000. Days later all but two were found in a supermarket dumpster in Los Angeles.

Willie Fulgear, who discovered the statuettes among the trash, was rewarded with a limousine and tickets to the Oscars.

One of the two missing statuettes was retrieved during a Florida drug bust in 2003; the other remains lost.

“It is as if they’re either priceless or worthless. The thieves, I think, tend to get cold feet.”

The first Academy Award thought to have been stolen was in 1938 by a “mystery man” who went onstage to accept Alice Brady’s plaque – supporting actors didn’t receive statuettes until 1944 – for In Old Chicago, when she was bedridden at home with a broken ankle.

Only decades later was it revealed that the “thief” had been the film’s director, who took the award to Brady that same evening.

Olympia Dukakis’s 1988 Oscar for Moonstruck was stolen from the kitchen of her New Jersey home.

After she refused to pay a ransom the Academy allowed her to buy a replacement for £60. The original was never found. One of Katharine Hepburn’s four Oscars was stolen in 1992.

British child star Hayley Mills’ Oscar for 1961’s The Parent Trap was stolen decades ago and remains missing, but in January the Academy gave her a replacement.

Frances McDormand’s 2018 Oscar for Three Billboards Outside Ebbing, Missouri was stolen from her table at the Governors Ball after-party.

The thief posted a photo of himself with the award on Facebook, captioned: “This is mine.” He was caught leaving the party, and the Oscar was returned to McDormand.

It was found almost half a century later on sale for £77 at a Los Angeles flea market, mistaken for a movie prop.

Purchased by a keen-eyed treasure-hunter it was offered at auction for £7,700, but when proven to be stolen it was returned to O’Brien for a Hollywood happy ending.

When Marlon Brando refused his 1973 Oscar for The Godfather, presenter Roger Moore took it home with him.

One Oscar even disappeared off the stage when the lights went out for a commercial break. It was never found.

Still missing is the first Oscar awarded to a black actor: Hattie McDaniel’s award for playing Mammy in GoneWithTheWind.

She donated it to Howard University, where it vanished during a civil rights protest.

Winning an Oscar can boost a film’s box office fortunes. Producer Don Simpson, whose films included Flashdance and Top Gun, said: “It might mean another $10million at the box office.”

Yet some stars found the statuette did little for their careers. “After the Academy Award, well, I was left with a lot of time on my hands,” said Louis Gossett Jr, who won in 1983 for An Officer And A Gentleman.

Tatum O’Neal, aged ten when she won the 1974 Oscar for Paper Moon, confessed that winning made life tough with her co-star: her father Ryan O’Neal. “Things with my dad were pretty good until I won an Academy Award,” she said.

“He was really loving to me until I got more attention than he did. Then he hated me.” The Academy engraves plaques with every nominee’s name, and affixes the winner’s plaque to their Oscar immediately it is announced. But mistakes happen.

And not everyone in the business loves the Oscars.

George C Scott refused to attend when he won in 1971 for Patton. Rejecting the award, he called the affair “a two-hour meat parade, a public display of contrived suspense for economic reasons.”

On Sunday, that “meat parade” will probably exceed four hours.