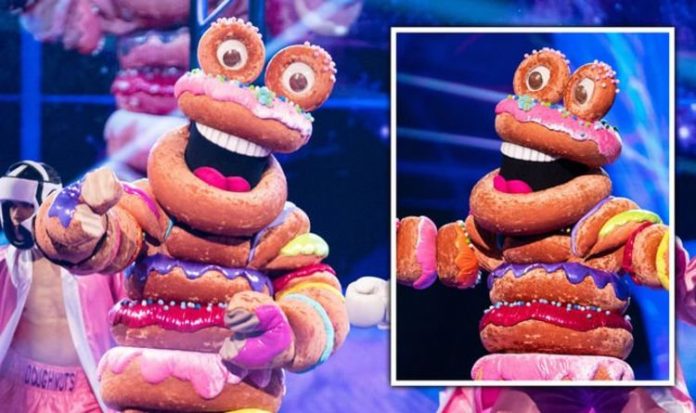 Mushroom, Robobunny, Doughnuts, Chandelier, Lionfish and Firework all took to the stage and sang for the first time on The Masked Singer on New Year’s Day. ITV viewers were quick to share their thoughts on which celebrities they think are hiding behind the costumes. However, could fans have already unveiled the identity of Doughnuts?

Doughnuts teased viewers and the judges with a host of clues in a VT before their performance.

The clue package referred to baking and cooking before Doughnuts referred to himself as “extra speedy”.

Doughnuts performed Eye Of The Tiger on Saturday and wowed the audience with their rendition.

Ahead of the series, judge Davina spoke about the challenge of guessing this year’s celebrities.

She said: “The difficulty level is off the charts. It’s so much harder this year than it ever has been before, the clues are much harder, but I think they want to make it harder because it’s entertaining.

“I have come to realise that it is more fun watching someone get unmasked when you don’t know because you’re so excited to find out who it is.

“So, it’s a win/win for me. It’s a win if you get it right but it’s also a massive win if you don’t because you think who is it?! I have no idea.