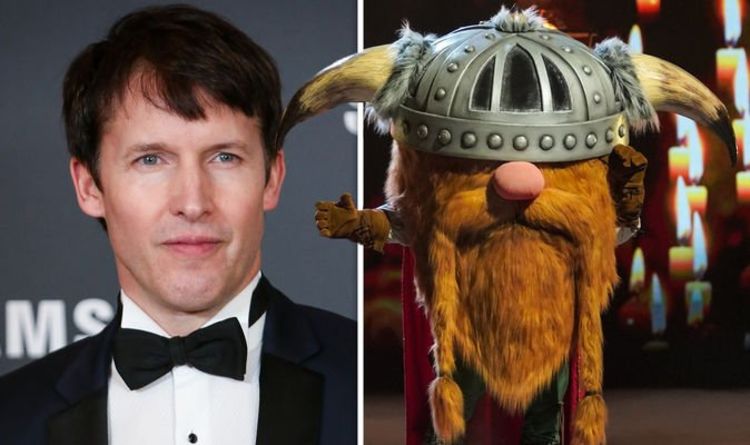 During Viking’s clue VT, the bold figure shared a few insights into his true identity.

Viking said: “You are curious, who I am, I am curious too and that’s the thing about a Viking we are a curious kind.

“We are explorers, we forge our own way, we discover answers.”

“In my career and in this competition I’ll be looking for a voice,” Viking continued.

After Viking had performed, the secret celebrity revealed: “I maybe a Viking but I also wear anther kind of armour.”

The Masked Singers viewers were convinced this clue pointed to star James Blunt.

One viewer tweeted: “Viking may be James Blunt he wears another armour guarding the Queen #MaskedSingerUK.”

“I think the Viking is James Blunt. He said he had a different kind of armour… he was in the army… and I recognise the voice! #MaskedSingerUK,” another added.

A third shared: “I’m thinking @JamesBlunt for #viking and @Jamelia for #seahorse #MaskedSingerUK,” a third remarked.

Someone else said: “First thoughts when I heard the voice of Viking was James Blunt or James Morrison.. But not sure how the clues connect #MaskedSingerUK.”