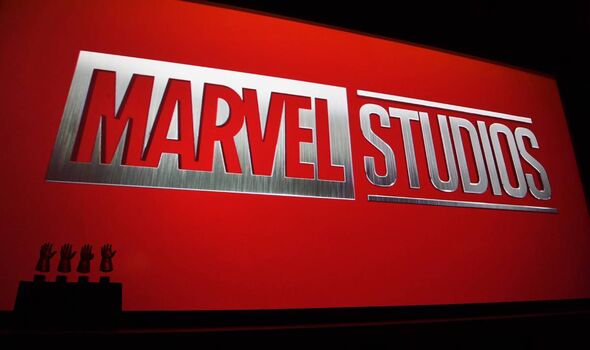 So far in phase four alone, we’ve been introduced to dozens of major new characters, from Moon Knight and Shang-Chi to Kang the Conqueror and Kate Bishop (and that’s not even counting the Eternals!)

But we think it’s time to acknowledge the unspoken heroes of the MCU. No, not the trusty BFFs or the helpful civilians. We’re talking, of course, about the animal sidekicks who have helped – and occasionally hindered – the earth’s mightiest heroes over the years.

With that in mind, here are our favourite (mostly) furry friends from the MCU, from Pizza Dog to Goose the alien cat.

Shang-Chi and the Legend of the Ten Rings introduced a wide range of Chinese mythical creatures, from Shishi (guardian lions) to an ancient snake-like dragon.

However, without a doubt, the film’s breakout star was Morris, a supernatural being known as a Dijiang who originally came from the mystical realm of Ta Lo.

Essentially a six-legged, headless ball of fluff with wings, Morris – with the help of unlikely ally and translator Trevor Slattery – was instrumental in helping Shang-Chi, Katy and Xialing reach Ta Lo before Wenwu and his forces arrived to ravage it in search of the late Ying Li.

Captain Marvel’s loyal cat Goose is one of the most recognisable MCU animal sidekicks to date.

Goose, who originally belonged to Carol Danvers’ mentor Mar-Vell/Dr Wendy Lawson, was the S.H.I.E.L.D. base’s resident pet long after her owner’s death. However, after meeting Carol and Nick Fury, the tabby invited herself along for the adventure.

The feline was instrumental in preventing the Kree Empire from claiming the Tesseract, swallowing it whole to keep it from being taken. Oh, and she also scratched Fury’s left eye out, finally answering the age-old question of what happened to his eye.

It then later transpired that Goose wasn’t actually a cat at all. In one of the most surprising moments of the film, it was revealed that she was in fact a Flerkin, a deadly tentacled alien entity.

The fifth (and arguably best) episode of Loki saw the titular god of mischief thrown into the Void, a realm right at the end of the sacred timeline where pruned variants are sent to be consumed by a mysterious creature named Alioth.

There, Loki meets dozens of alternate versions of himself, ranging from Kid Loki (Jack Veal) all the way to Classic Loki (Richard E. Grant).

But one of the best cameos of the episode actually came from a variant of Loki’s adopted brother Thor. The blink-and-you’ll-miss-it moment showed Throg (a frog variant of Thor) trapped in a jar buried deep in the grounds of the Void. Mjölnir rested just inches out of grasp, leaving him apparently trapped forevermore.

It was later revealed that Throg was voiced by Chris Hemsworth, aka the God of Thunder himself, and that the character originally was set to play a bigger part in the series. Sadly, the final cut featured only a small snippet of Throg, but there’s always season two…

Elsewhere in the penultimate episode of Loki, the Asgardian was shocked to find a reptilian version of himself.

Despite his limited screentime, Alligator Loki became an instant hit with fans. In one of the most memorable moments of the whole series, the alligator bit off the hand of President Loki, triggering a huge fight between dozens of Loki variants.

Throughout Ant-Man and its sequel, Ant-Man and the Wasp, Scott rides several ants, and has a habit of naming his favourite ones (enter: Ant-ony and Ant-tonio Banderas)

But his biggest ant ally (literally) was Giant Ant, an ant that was accidentally enlarged by Pym Particles during Ant-Man’s battle with Yellowjacket.

Despite remaining unnamed, Giant Ant popped up every now and again, including to help Scott escape his house arrest. He also had his very own post-credits scene featuring an impressive drum solo.

As the most recent addition to the MCU’s lineup of animal sidekicks, Pizza Dog captured the hearts of fans everywhere during his appearance in Hawkeye, despite not having any super powers of his own.

In the series, the loveable golden retriever was rescued and informally adopted by Kate Bishop, before largely living on a diet of pizzas and leftovers.

It’s a similar story over in the comics, however it’s Clint who saves and takes in the dog after he loses his eye in an encounter with the Tracksuit Mafia.

On the subject of man’s best friend, Pizza Dog wasn’t the first dog to appear in the MCU.

As long-term Marvel fans will know, Cosmo the Space Dog made a memorable cameo in Guardians of the Galaxy when he appeared as one of the Collector’s many trophies.

While his role in the film was only small, Cosmo actually plays a much more important role in the comics. Making his debut in 2008, the dog joined the Guardians after taking over security on Knowhere using his telepathic powers.

He also acts as an NPC (non-playable character) in the 2021 Guardians of the Galaxy video game, assisting Star-Lord as he attempts to save the universe.

We admit, Howard the Duck may be less of a sidekick and more of a recurring minor character that just so happens to be an animal, but we still think he deserves a spot on this list.

Voiced by Seth Green, Howard first appeared in the MCU in 2014, making a cameo in both Guardians of the Galaxy films before later joining the final battle in Avengers: Endgame.

The extraterrestrial anthropomorphic duck, who was the star of a rather bizarre failed Marvel solo film in 1986, can also be seen in numerous episodes of What If…?

Fenris, a giant Asgardian wolf, acted as Hela’s fearsome personal bodyguard throughout Thor: Ragnorok, even taking on the Hulk during the final battle.

While the on-screen version of Fenris is essentially presented as an oversized pet, the comics and the myths that inspired them refer to the wolf as a god in his own right, as well as Loki’s son and Hela’s brother.

And last but not least, you didn’t really think we’d leave Rocket Raccoon off the list did you?

The fan-favourite Guardians of the Galaxy character (voiced by Bradley Cooper) has served as a key member of both the Guardians and the Avengers during his years in the MCU.

He may appear to be surly and sarcastic to outsiders, but he has been shown to care deeply for his friends on several occasions, going to great lengths to protect them.

Not only that, but he can also fly a spaceship and create bombs capable of blowing up a moon. Frankly, if that isn’t enough to make him the best animal sidekick in the Marvel Cinematic Universe then we don’t know what is.