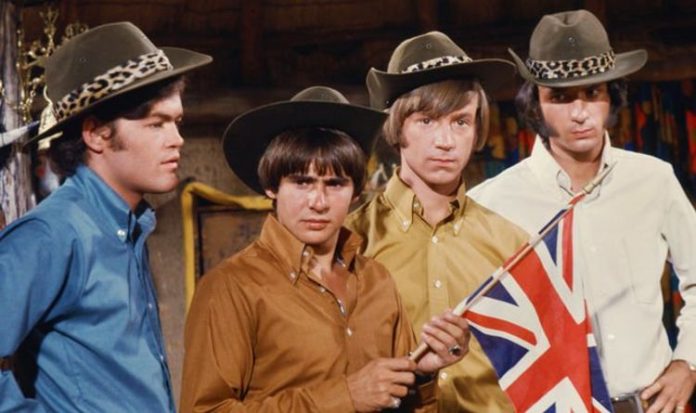 The family of the Sixties icon announced his passing yesterday in a simple message: “With Infinite Love we announce that Michael Nesmith has passed away this morning in his home, surrounded by family, peacefully and of natural causes.” The singer and businessman was 78. Although best known for The Monkees TV show and a string of hits that included Daydream Believer and I’m A Believer, both Nesmith and his mother Bette also had other incredible claims to fame.

Nesmith died just days after completing the final show in the Monkees Farewell Tour with Micky Dolenz at the famous Greek Theatre in Los Angeles on November 14. The other two original members, Davy Jones and Peter Tork, died in 2012 and 2019, respectively.

Although the band was over by 1970, there were various reunions and even new music from the mid-1980s onwards. However, Nesmith was always a little apart from the other three. When he left their 30th Anniversary Tour in 1996 after the London dates, Jones publicly said: “He toured Great Britain with us. Then all of a sudden, he’s not here. Later, I hear rumours he’s writing a script for our next movie. Oh, really? That’s bloody news to me. He’s always been this aloof, inaccessible person… the fourth part of the jigsaw puzzle that never quite fit in.”

READ MORE: Freddie Mercury was carried from his bed to bid a final farewell to all that he loved

In fact, any personal frictions aside, Nesmith always had other major business commitments. Much of this stemmed from the enormous amount of money he inherited from his mother in 1980.

In 1951, Bette Nesmith Graham was a single mother and secretary at the Texas Bank and Trust. When she became frustrated with the difficulties correcting typing errors, she put her skills as a commercial artist to good use by formulating a white liquid at home in her blender to paint over mistakes, initially using a watercolour brush to apply it.

She perfected the liquid with help from her son’s science teacher and in 1958 launched the Mistake Out Company, running it from home and mixing up batched in her kitchen and then garage. When IBM passed on the chance to invest, Bette decided to go it alone, and built an extraordinary multi-million corporation herself.

Bette’s invention pre-dated Tipp-Ex, which only released a white correction fluid in 1965.

By 1968, marketted as Liquid Paper, the company was making a profit. When she the company to Gillette in 1979 for $47million ($175million today), she employed 200 people and was manufacturing 25million bottles of Liquid Paper a year.

Nesmith himself had already been busy. In 1979, he created a revolutionary new TV show format which would air music videos and was one of the founding blocks of the channel that would change the face of popular culture forever.

Nesmith is now widely accepted as one of the original creators of the concept that would become MTV, and sold his innovative idea to the network.

The Monkees had already established a template of promoting themselves, their music and their shows with set-piece ‘videos’ for their songs. Nesmith took tsi further in his wolo career, notably creating an avant-garde video for his 1977 song Rio.

He began to think TV needed an outlet where artists’ video could be played, in a similar manner to radio. This led to the creation of a pilot episode of PopClips. Like his mother before him, he faced countless rejections. Mainstream broadcasters didn’t understand the concept. One final meeting with a small fledgling cable channel would make history.

Nesmith took PopClips to Warner-Amex Satellite Entertainment Company, which trialled a test run on Nickelodeon. It was a smash with young audiences.

The original package was retooled to give it the most up-to-date relevance to the Top 40 charts and Nesmith was very happy to part ways with the project that would become MTV.

He later said: “My plan had always been to build it and sell it. They paid me a nice number. That was my exit.”

The Daydream Believer always had his own plans. Throughout the 1970’s he released solo material as well as running his own record label, Countryside. In 1974, he founded Pacific Arts Corporation, an early pioneering force in home entertainment videos.

Solo projects, books, documentary films and performing arts foundations all followed, before he found his way back onto stage for one last hurrah and fitting farewell with is old bandmate Dolenz.