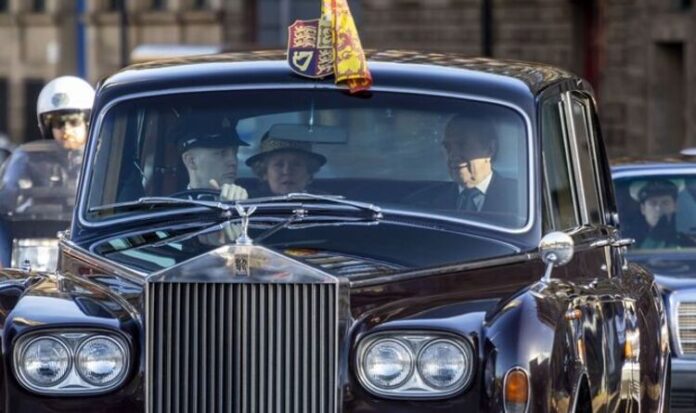 But today stars of TV smash The Crown were busy filming the first – and probably last – time the British monarch visited Russia. The Queen and her late husband Prince Philip made their trip to Moscow in October 1994 – a tour the 95-year-old Monarch is unlikely to ever repeat following the current invasion of Ukraine.

However rather than film in eastern Europe Netflix producers have transformed Bradford’s Little Germany district into the Russian capital.

Imelda Staunton, 66, who has taken over from Olivia Coleman in the role of the Queen – and Jonathan Pryce, 74, playing Prince Philip, were shooting scenes of the historic state visit to the Kremlin.

The trip was lauded as historic, with many commentators saying it marked a change from Russia’s totalitarian past.

The scenes featured Russian replica police cars, motorbikes and a Rolls Royce and will form part of the hit show’s eagerly anticipated fifth series, which is scheduled to hit the nation’s small screens in November.

Filming has taken place across the UK, with London doubling for Lech, Austria – where Princess Diana actress Elizabeth Debicki has transformed into the Princess of Wales on a ski trip.

And Burghley House in Lincolnshire was made into Windsor Castle to shoot scenes for the royal drama – in particular the 1992 fire which devastated Her Majesty.