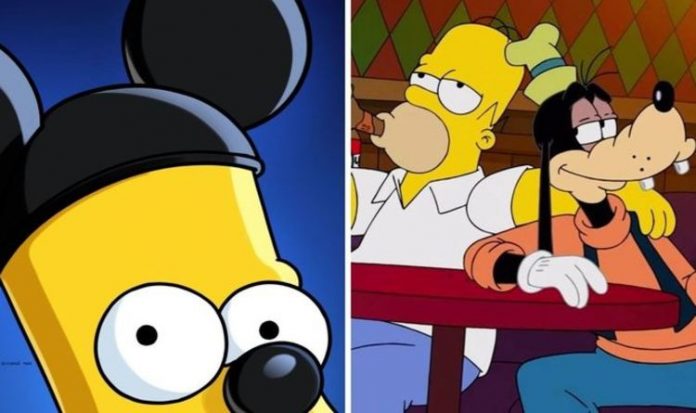 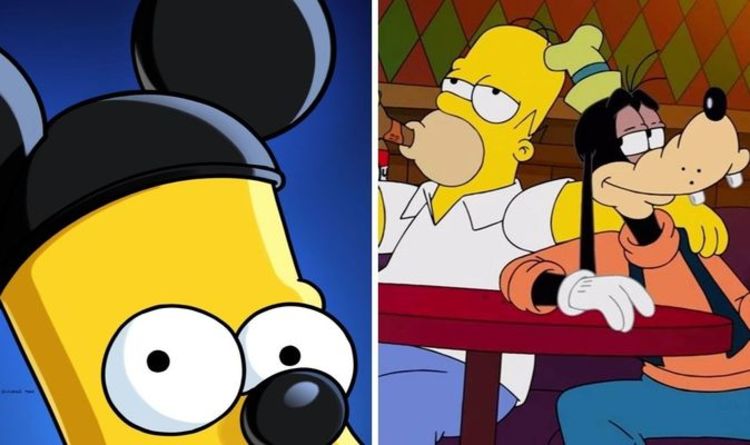 Characters from across Marvel, Star Wars, Pixar and classic Disney cartoons appear in the brand new short on Disney+, The Simpsons in Plusaversary. One of the original writers of the series, Al Jean, recently chatted to Express.co.uk while promoting the new release, and explained why Disney’s iconic mascot probably won’t be appearing in the series any time soon.

Bart Simpson (played by Nancy Cartwright) takes on the persona of Mickey Mouse in The Simpsons’ latest celebration of all things Disney.

Still airing on the Fox network in the States, the iconic cartoon comedy found another home on Disney+ when the studio took over 21st Century Fox in 2019.

Although the new short features almost every character from Disney’s rapidly growing list of IPs, there was one character The Simpsons producers have yet to use.

Writer Al Jean explained: “The only character we avoided using in all our shorts is Mickey Mouse.”

“And as you can see, we have someone else playing Mickey in our version.”

Otherwise, Disney has been more than welcoming to The Simpsons’ satirical style and allowed them to poke fun at most of their characters in the new short.

Al went on: “But otherwise they were all pretty much there in the beginning. Goofy and Darth Vader, BB-8.”

He also revealed they kept their in-house voice actors to distinguish the short as part of The Simpsons universe.

Explaining why Bart took on the character for a second time, Al explained: “We think Bart is the Mickey of the Simpsons, he’s sort of been the symbol of the brand.

“But we can have Bart say a lot of things Mickey can’t, so that’s why we chose Bart.”

He also revealed Bart’s voice actress Nancy Cartwright also made the decision a no-brainer, as she can perform a pitch-perfect Mickey Mouse laugh.

Thankfully, the show has managed to retain its satirical edge and continues to make fun of Disney in the same way the characters poked fun at Rupert Murdoch and the Fox network.

When the Express asked if the writers were concerned about taking the joke too far, Al confirmed: “Quite the opposite.”

“They’ve been extremely welcoming, telling us just to do what we do.

“People like Kevin [Feige, Marvel producer] have been extremely generous with the use of their characters doing similar things. He helped us get Tom Hiddleston doing Loki.

“As you see in the short, it’s not exactly a reverential view of these characters.”

The Simpsons’ mainline series is currently in its 33rd season, so diehard fans of the show can expect plenty more Disney cameos and parodies still to come.

The Simpsons is available to watch on Disney+.