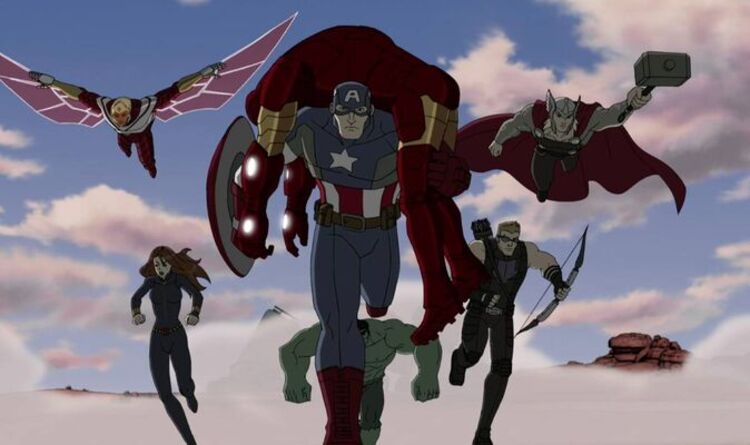 For every big bad guy who wants to kill half the universe, you also get Mickey Rourke wanting to be pals with his cat in Iron Man 2.

That being said, when you look at the top tier of MCU baddies, you really do get quite the stellar list of formidable foes for Tony Stark, Captain America and friends.

So here are the five top villains to appear in the Marvel Cinematic Universe films and TV shows. For context, this only includes characters who made their first appearance in the MCU, which means the likes of the villains who reappeared in Spider-Man: No Way Home have been excluded from consideration.

There is no possible place to begin than with the man who broke the internet back in 2018.

The majority of the early stages of the MCU were leading up to the eventual appearance of Thanos, a warlord from the moon Titan with a twisted moral compass.

Hellbent on assembling the Infinity stones in order to destroy half of humanity, films such as Avengers and Guardians of the Galaxy see Thanos spend several of his minions to help him with this goal, before eventually deciding to do the deed himself, which he does to devastating effect in Avengers: Infinity War.

Such was the reaction to the Snap and the build-up to Avengers: Endgame as a result meant that we felt such satisfaction when he met his demise by the same method he used to cause such pain beforehand.

Many of us have all had that one sibling that constantly makes life difficult. When it comes to the God of Thunder, Thor, it is his mischievous brother Loki causing him constant grief.

Unlike Thanos, Loki has a different arch over a long period of time in the MCU. Having served as the pawn in Thanos’ attempts to destroy New York in Avengers, the preceding Thor series of films portray him in a more sympathetic manner.

So much so that when he eventually meets his maker at the hands of Thanos in the opening act of Infinity War, it delivers an early blow of heartache in a film full of such moments.

Thankfully, it wasn’t the last we saw of the God of Mischief as he would get his own standalone TV series, Loki, in 2021 where his character is further explored in such a way that he is slowly now bordering the line between goodie and baddie.

Black Panther is arguably the most critically acclaimed movie of the Marvel franchise.

A big part of this is down to Michael B Jordan’s portrayal of the antagonist Killmonger, who serves as the perfect foil to Chadwick Boseman’s titular character.

Unlike Thanos, Killmonger’s motivations actually make a lot of sense, in such a way that it makes him more relatable to the audience. Avenging your fallen father and wanting to help end racial oppression scream more hero behaviour.

Whilst his methods in achieving what he wants is what leans him towards the dark side, the fact that he comes across as an equal to T’Chalia throughout the film – even before donning the Black Panther – is impressive, helping to make him one of the most intriguing MCU bad guys to-date.

When you look up ‘bad-ass’ in the dictionary, there really should now be a picture of Cate Blanchett’s version of Hela in Thor: Ragnorok.

Whilst she has relatively little screen time when you compare her to other villains on this list, the fact that every single thing she does is impactful is what makes the Goddess of Death so formidable.

From destroying Mjolnir to killing the Warriors Three and the entire Asgardian army, you really do question exactly what it would take to take her down.

Turns out, destroying the entire planet was what was needed in the end. Quite the sacrifice.

Just a few words that perfectly sum up the character of Helmut Zemo.

In a polar opposite to other MCU villains, Zemo relies very little on physical attributes to achieve his goals.

Instead, he uses his mind to systematically devise a plot to take down the Avengers from within themselves, something that he nearly does to perfect effect in Captain America: Civil War.

He subsequently reappears in the TV series Falcon and The Winter Soldier, where he bridges the line between good intentions and evil – much like Killmonger – as he wants to prevent the re-emergence of Super Soldiers, via some organised assignation.

The top MCU villains – from Thanos to Loki