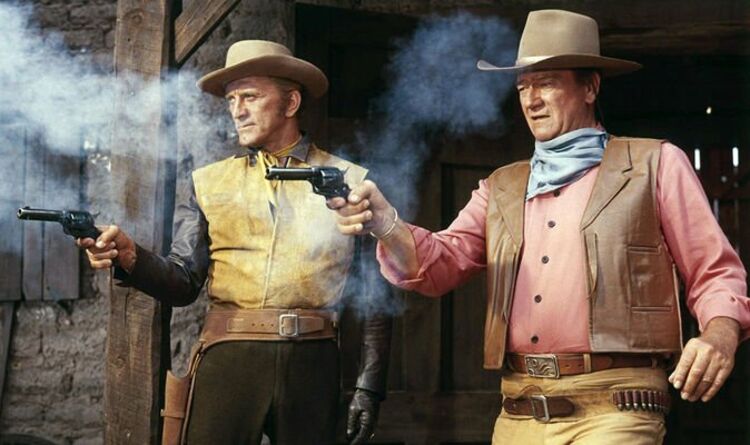 During The War Wagon’s production, Douglas was late to set as he had been shooting a commercial to endorse Edmund G Brown, a Democrat, as Governor of California.

This enraged Wayne, a life-long conservative, who was late himself the next day as he’d been filming an advert to endorse the Republican candidate, fellow actor and future US President Ronald Reagan.

Although the two Hollywood stars had their political differences they did eventually become friends and had a mutual respect for each other.

In a 1971 interview with Dick Cavett, Douglas shut down being asked about Duke’s controversial views on the US taking Native American land.