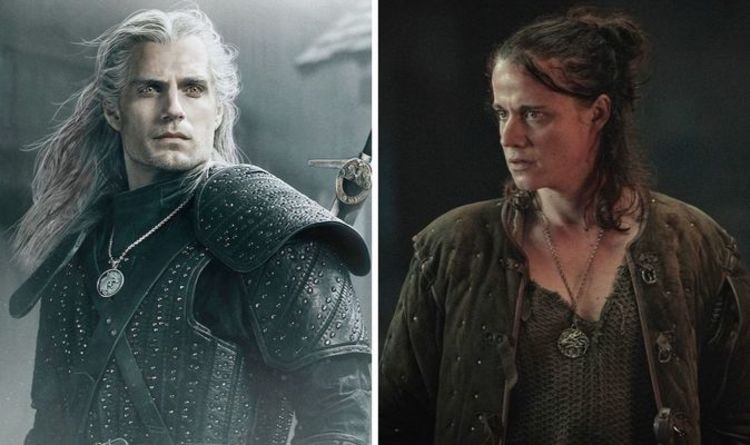 Netflix’s popular fantasy drama starring Henry Cavill as Geralt of Rivia is based on author Andrzej Sapkowski’s series of novels and short stories, which have also been adapted into a wildly successful trilogy of video games. Those who were already familiar with the tales of The Witcher have all had the same complaint about a major character in the second season.

In the original books and games, Eskel is a firm friend and regular companion of the mutant monster hunter.

However, the small screen adaptation of the fantasy epic takes a drastically different turn.

After a battle with a violent forest spirit known as a lechy, Eskel becomes infected and attacks the witchers’ training ground, Kaer Morhen.

Geralt is forced to take up arms against his friend, and slays him with the help of fellow witcher Vesemir (Kim Bodnia).

While the sequence made for a thrilling conclusion to episode two, fans who were already invested in Sapkowski’s original works were devastated to see such a beloved character killed off so early.

Many took to Reddit discussion threads to vent against the Netflix adaptation’s controversial decision.

User Dixie-Normiss69 posted: “Am I the only one that was very disappointed by the Netflix portrayal of Eskel?”

Perhaps Geralt slaying his friend was just a huge misdirect – he was possessed by a magical tree spirit, after all – but for now it seems pretty clear Eskel won’t be returning any time soon.

The same fan argued the series could have easily introduced another generic witcher to fill the place of Geralt’s friend.

Redditor TheHarkinator replied: “They did our boy Eskel so dirty by killing him off right away, especially when there were a bunch of background Witchers who could have had that plot.”

And Deep-Doughnut-9423 added: “I completely agree, it made no sense at all. They could’ve called him anything, except for Eskel.”

Others have speculated the series was forced to make changes to the story due to complications which arose during the COVID-19 pandemic.

Actor Thue Ersted Rasmussen had to step down from the role of Eskel due to Covid rescheduling, and was later replaced by Basil.

Showrunner Lauren Schmidt Hissrich may have had to make some last minute adaptational decisions, but hopefully the series can get back on track as the story of Geralt continues.

The Witcher season two is available to stream on Netflix.

The Witcher fans in uproar over major change to Eskel ‘No sense at all!’